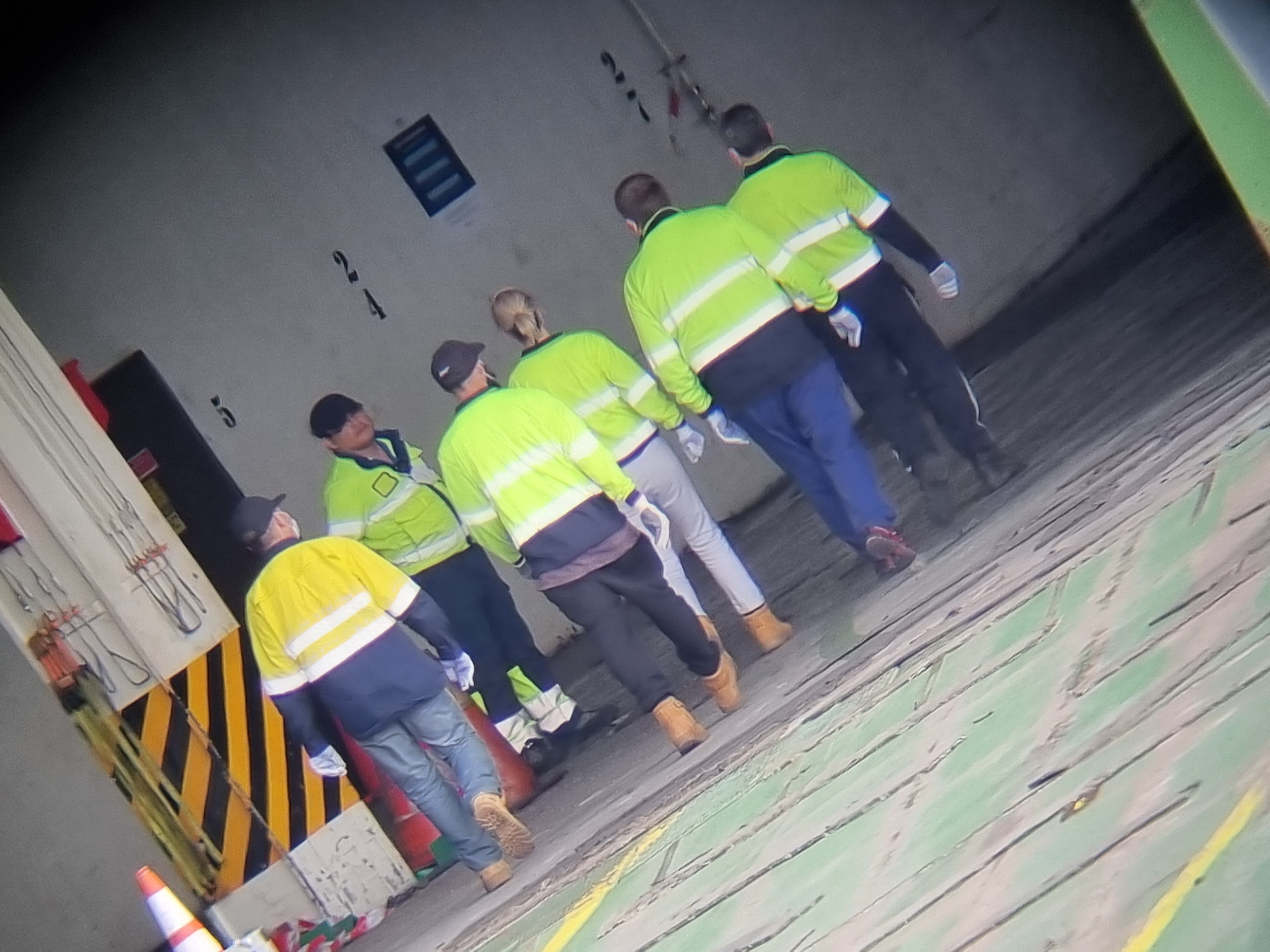 The WA Government is being urged to immediately suspend the license of stevedore Qube while a thorough investigation is undertaken into how major COVID safety breaches occurred at the company’s operations at the Port of Fremantle Inner Harbour over the weekend.

Photographs of Qube employees unloading a vessel on Sunday captured some workers not wearing masks, while others came into close contact with a foreign seafarer who was also not wearing PPE, in clear breach of the WA Government’s Exposed On-Board Worker Directions.

The WA Police Force has commenced an investigation into the major public health breach following a report by the Maritime Union of Australia that unskilled workers, many who also didn’t have appropriate maritime security clearance, were working the vessel without appropriate PPE.

MUA WA Branch Secretary Will Tracey said Qube needed to be held responsible for their reckless disregard for COVID safety measures that had put the entire community at risk of exposure.

“Qube has put the entire West Australian community at risk, threatening lives, the ongoing operation of our industry, and the broader economy through their reckless breaches of COVID safety measures,” he said.

“Photographic evidence confirms the vessel was not only being worked by people without facemasks, but that they came into close contact with a foreign seafarer who was also not wearing any PPE.

“Our industry has worked tirelessly for 18 months to implement strict COVID controls that protect workers, the community and the industry — preventing a single case of ship to shore transmission during that time — yet Qube have now thrown all those efforts overboard.

“Every single person who worked on this vessel over the weekend should be immediately quarantined and tested to ensure this doesn’t become a super-spreading event in the WA community.”

Mr Tracey urged the WA Government to suspend Qube’s license to undertake stevedoring operations at WA ports until a thorough investigation reveals how these major safety breaches occurred and measures are put in place to prevent a repeat.

“When Qube management decided to put unskilled, inexperienced people on this vessel without appropriate PPE, they risked the lives of those workers and threatened our entire community,” he said.

“With a growing number of COVID outbreaks on vessels arriving in WA ports, there must be zero tolerance for companies that ignore the WA Government’s Exposed On-Board Worker Directions.

“The WA Government must use its licensing powers to immediately halt Qube’s port operations until a thorough investigation takes place and appropriate measures are implemented to prevent a repeat.”

Mr Tracey said the incident appeared to have been caused by Qube’s decision to effectively lock experienced workers out during an ongoing industrial dispute, replacing them with people from outside the industry who lack the ability to undertake the work safely.

“For three weeks, Qube has effectively locked out their Fremantle workforce,” he said.

“Our members have been insisting that the company notify them of what shift they will be working by 2pm the day before, as other operators do, but Qube has refused, instead attempting to force workers to surrender their demands by replacing them with unskilled labour.

“Qube’s decision to use unskilled workers, without appropriate experience or safety equipment, in the midst of a global pandemic shows how irresponsible and reckless their industrial agenda is.”

Photos of Covid breaches at the Qube terminal are available here:
drive.google.com/drive/folders/1QGAEtXgByNDn_UpFNOOKOhHpWe1aPTn5?usp=sharing