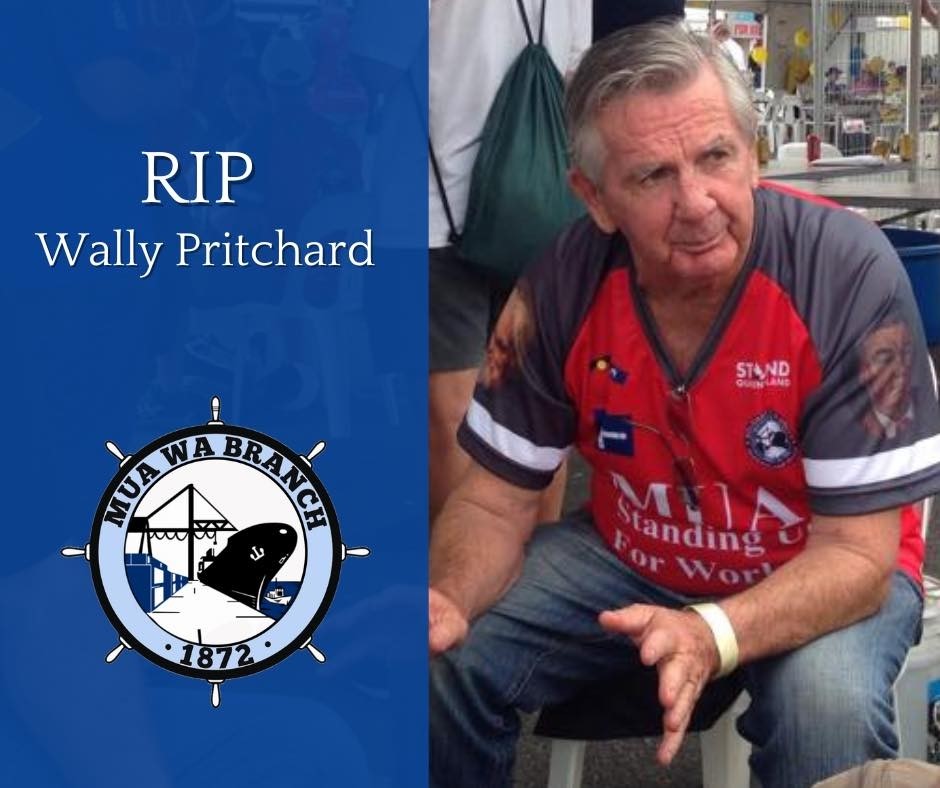 Wally worked on many ships in Australia and became the branch secretary in Fremantle in 1990-2003.

During this period, Wally -- along with Henrik Berlau -- set up and organised the ‘maritime unions against apartheid’ which was the SUA, Seamans Union of Denmark, NUS UK, UK TUC. This coalition of unions was successful in campaigning for arms and oil embargoes going to South Africa’s apartheid regime.

That action received great praise from none other than the great Nelson Mandela who met with Pat Geraghty, Jim Slater, Wally and Henrik Berlau.

Wally also spent considerable period of time working in National Office on the “Expand the merchant fleet campaign” and also campaigned and organised in many state and federal elections for The Australian Labor Party.

Wally retired in 2016 but never retired from the struggle.

A service to honour and celebrate Walter’s life will be held at the J. A. Dunn Funeral Chapel, 199 Brisbane Street, Launceston (Tasmania) on Saturday May 14, 2022 commencing at 2:30pm. Please wear something purple.

In lieu of flowers, please consider making a donation to your favourite charity in memory of Walter, and please make a note of your donation in the Memorial Book at the service.