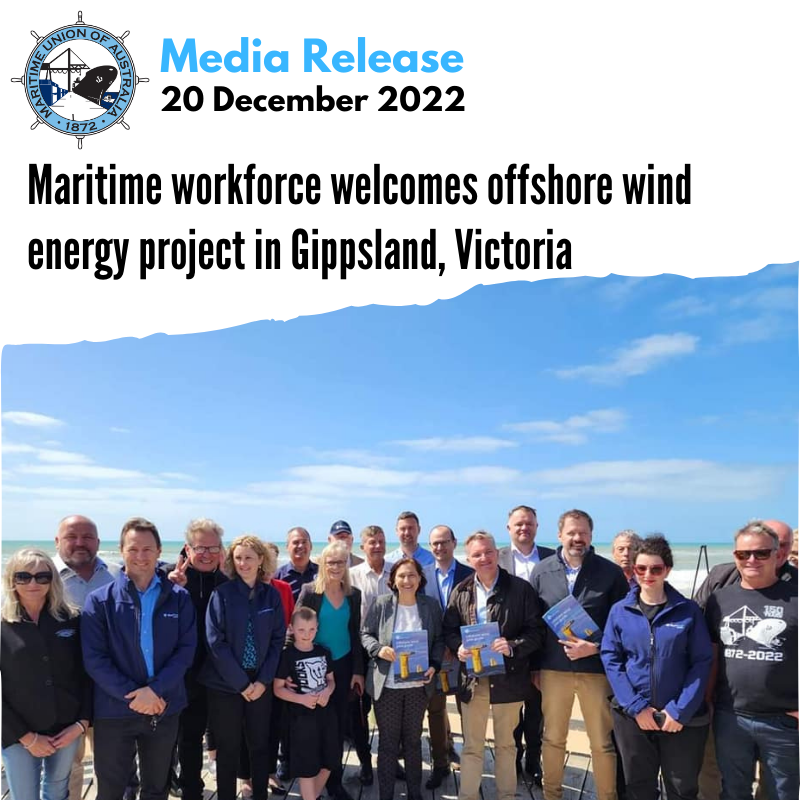 Victorian maritime workers have welcomed the announcement yesterday by the Federal Labor Government of a renewable energy zone in the Bass Strait off the Gippsland region of Victoria that will deliver hundreds of new seafaring and port services jobs while future proofing Australia’s energy needs with clean, renewable wind power.

Victorian Deputy Branch Secretary Dave Ball was at the announcement in Sea Spray yesterday and said that “the installation of offshore wind turbines is an opportunity to secure a just transition for Australian workers and communities”.

“Our members have honed their skills building some of the world’s largest offshore oil and gas infrastructure. We already handle the turbine blades and towers coming through Australian ports for onshore projects. We are ready to use those skills to build these huge, incredible wind turbines out at sea,” he said.

The declared area off Gippsland covers approximately 15,000 square kilometres and runs from offshore of Lakes Entrance in the east, to south of Wilsons Promontory in the west. Estimates show offshore wind projects off Gippsland could support more than 3,000 jobs over the next 15 years during their development and construction phases, and an additional 3,000 ongoing operational jobs. The wind turbine installations will all be a minimum of 10 kilometres offshore. 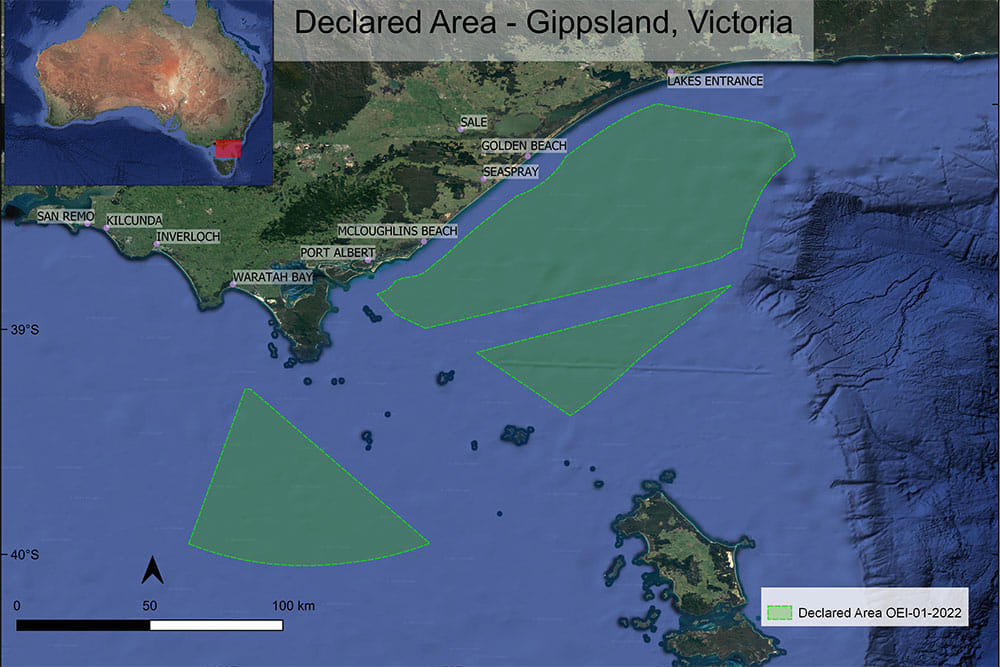 MUA Assistant National Secretary, Adrian Evans, highlighted the importance of state governments working together with the Commonwealth to deliver an offshore renewable energy plan that works for the whole of Australia.

“Doing this the right way is going to take a coordinated national plan. We look forward to working with Minister Bowen, Minister Husic, Minister D’Ambriosio and the offshore wind developers to secure the port infrastructure, the specialised vessels, the skilled crane operators, the seafarers and the trades to get these turbines built as quickly, efficiently and safely as possible. We also need examine the entire supply chain to see what parts of these turbines we can build here in Australia,” Mr Evans said.

The announcement comes after many years of advocacy and policy leadership by the Maritime Union of Australia calling for new clean energy jobs, a just transition for workers employed in hydrocarbon industries, and for a comprehensive plan to decommission and clean up disused offshore oil and gas infrastructure from the sea floor around our coast using the skill and experience of Australian seafaring workers to get the job done.