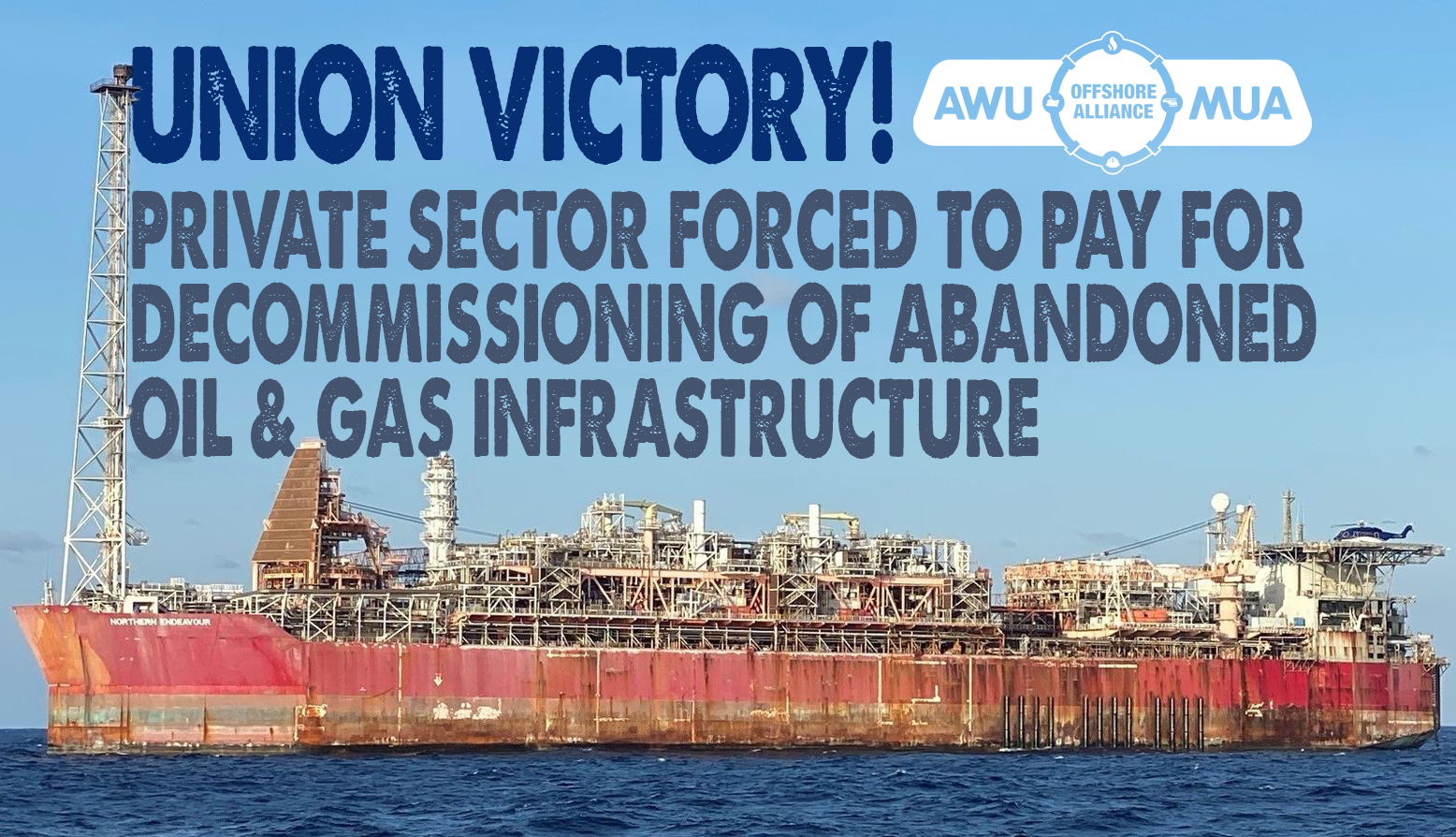 The MUA welcomes the passage of a Bill to introduce a levy of 48 cents per barrel on all offshore oil and gas, starting this financial year. This is something we have been pushing for a long time.
The new Laminaria and Corallina Decommissioning Cost Recovery Levy will pay for the decommissioning, removal, and remediation of the Northern Endeavour and all the associated wells, pipelines and oil fields. This ageing oil and gas facility is located 550km NW of Darwin, not far from East Timor. It hasn’t produced any oil since July 2019, after a dangerous incident almost killed a worker on board and the offshore safety regulator ordered it be shut down. 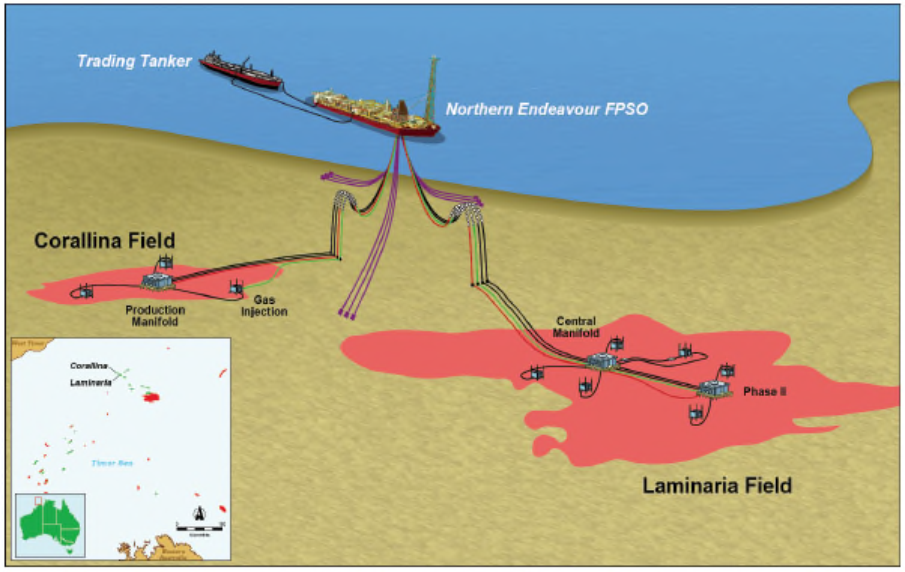 The vessel was disgracefully dumped on the taxpayer by Woodside, who paid a one-man company millions to take the facility off their hands. That company went bankrupt a few years later.
The Offshore Alliance (the MUA and the AWU) are negotiating a new union agreement for the crew currently maintaining the vessel, and also working to improve safety onboard.
The union will continue its campaign to ensure the hundreds of already-disused offshore oil and gas wells, platforms and facilities around the Australian coast are properly decommissioned and fully removed and remediated. This work must provide good union jobs and be undertaken at a local decommissioning and recycling yard.
The oil and gas industry has made tens of billions in profit since it was established, and paid very little tax along the way. It must clean up after itself.