Sydney: NRMA Ferry Crews To Go On Strike This Afternoon 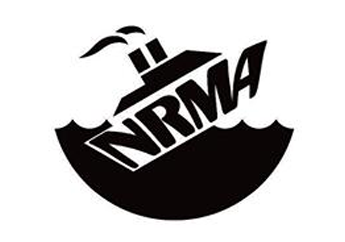 In the fourth round of industrial action in as many months, ferry crews at the NRMA businesses My Fast Ferry and Manly Fast Ferry will be stopping work and ceasing all services at 5pm today, Friday 14 June.

Mr Garrett said that there had been positive discussion with the NRMA CEO on Wednesday morning outlining a potential path to resolve the EBA negotiations, but by Wednesday afternoon the company had cancelled negotiation meetings planned for the following day.

Manly Fast Ferry won the seven year contract from the NSW Government to operate the fast ferry service between Manly and Sydney, commencing on 1 April 2015.

“The ferry crews working for NRMA have demonstrated remarkable patience and continued to operate a quality service on Sydney Harbour, despite the fact that NRMA have been unable to finalise discussions and offer a dignified agreement which gives their workforce secure employment,” Mr Garrett said.

“As MUA members go on strike, it is worth noting that the NRMA business is four years, two months and thirteen days into a Government contract with Transport for NSW to provide the high-speed Manly service, yet there has still not been one permanent job offered to any of the 90 ferry workers.”

The Fair Work Commission last December rejected a workplace agreement for deckhands after finding that full-time shift workers were being short changed by $136.37 per week and part-timers were being paid $36.32 below the Award for a 12-hour week.

“What we are continuing to see is systematic wage theft by NRMA on Sydney Harbour,” Mr Garrett said.

“We understand that industrial action may inconvenience commuters on their way home from work, but the responsibility for that is squarely at the feet of the NRMA.

“Despite more than 120 hours of negotiations, NRMA are still pressing for workers to be paid below the Award and not in line with industry rates of pay.

“NRMA have also advised that they are prepared to look at half of the workforce being made permanent, but will need to phase that in over a two-year period. That means that workers are unlikely to be made permanent until six and a half years into the seven year contract.

“That is simply insulting to the ferry crews and inconsistent with how NRMA usually conducts their business.”