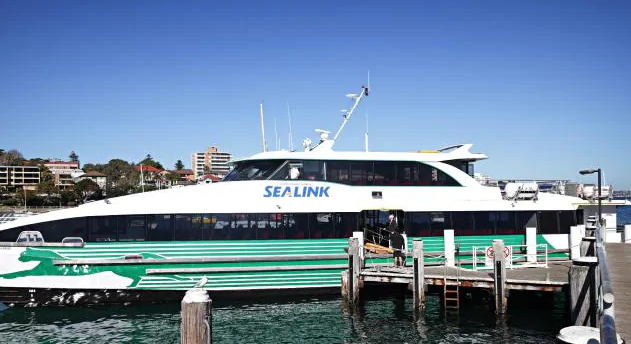 Two of the nation’s biggest ferry operators have used the COVID-19 pandemic to justify the mass sacking of workers without any notice period or option to take special leave, according to the Maritime Union of Australia.

The MUA slammed the management of both companies, saying that despite having large cash reserves they had refused the union’s requests to provide special paid leave to staff impacted by the downturn in ferry passengers.

“The NRMA emailed their casual maritime crew in the middle of the night, informing them that they were being sacked, effective immediately,” MUA Sydney Branch Secretary Paul McAleer said.

“Both companies have refused the MUA’s request to provide special paid leave, instead opting to throw these workers out into the street with nothing.

“Despite years of loyal service, these crew members are facing financial ruin, with their jobs gone overnight and management refusing to provide any financial assistance during their time of greatest need.

“We are prepared to work cooperatively with employers to deliver job security for workers as we deal with this crisis, but the MUA Sydney Branch will seek retribution against any company that attempts to use the current pandemic to undermine the economic and industrial interests of our members.

“Both SeaLink and the NRMA are large organisations with massive cash reserves, so they absolutely have the capacity to provide assistance to their workers during the current health crisis, but instead they have made a deliberate choice not to help them.

“While these cuts have begun with casual workers, neither company has provided any commitment to retain permanent staff or provide financial assistance if there is a stand down, indicating substantially more jobs are at risk.”

The union condemned the behaviour of SeaLink and the NRMA, saying it would be launching a campaign against both companies in an effort to defend the jobs of ferry workers.

“We are currently considering what actions will be taken, but nothing is off the table and we are absolutely committed to standing up to this disgraceful corporate behaviour and defending the jobs of ferry workers,” MUA Sydney Assistant Branch Secretary Paul Garrett said.

“For two of the nation’s largest ferry operators to sack workers without notice, and refuse to even consider offering special leave or other arrangements to assist workers through the current health crisis, is corporate bastardry of the highest order.

“Workers at these companies have generated substantial profits over the last decade for both companies, but when the time came to return the favour, management has heartlessly thrown them out into the streets.

“Some of the people who have been terminated aren’t Australian citizens and can’t obtain government assistance, but they are also unable to return home due to closed borders and the suspension of international flights. These workers face the very real prospect of ending up on the streets.

“Also of concern is the fact that these job cuts may only be the start, with many more at risk if these companies can get away with simply axing large parts of their workforce during this crisis.”