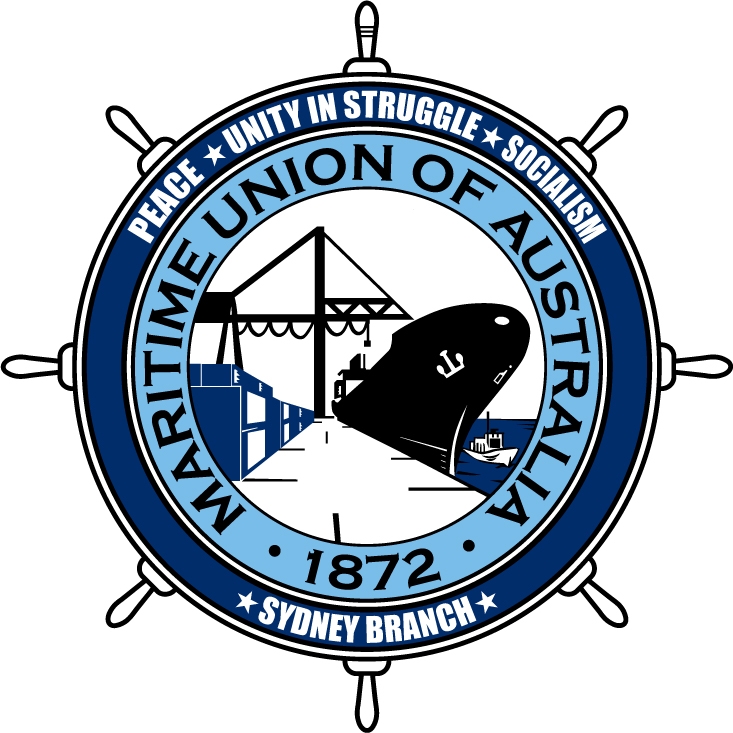 Mission of the Maritime Union of Australia Sydney Branch
The MUA Sydney Branch finds our home on Gadigal land, along with
many of our workplaces on the lands and waters of the Eora nation.
We pay our collective respects to the Elders, past, present and emerging,
as well as their traditions, heritage and custodianship of the environment in which we inhabit.
Sovereignty was never ceded, always was and always will be Aboriginal land.
The maritime industry since the British invasion of these lands
has been one of exploitation and oppression mounted by a ruling class
against maritime workers and the broader working class.
The shipping combines exploited chained convicts on the docks
of Sydney Harbour and shanghaied seafarers to live in squalor below deck,
before continuing the brutalisation of free labour along the Hungry Mile.
The history of the MUA Sydney Branch is weaved with struggle, sacrifice and solidarity
amongst the membership and the communities in which we live.
Maritime workers in Sydney have organised themselves in trade unions
since 1872. Throughout the decades since, the MUA Sydney Branch springing
from our predecessor unions has organised maritime workers
in the militant organising tradition. The traditional areas of the MUA Sydney Branch
covering Port Workers, Seafarers and Waterside Workers have continued
to incorporate a class view of society whereby the working class are exploited and oppressed
by the ruling class of employers and capitalist governments and engaged
in a class struggle against these forces.
MUA Sydney Branch members will act in accordance with the Rules of the Union,
as well as Union decisions and determinations. We will ensure our struggle is
one of liberation from exploitation, discrimination and war, and for building positive
relations with the global working class through solidarity with peoples and nature.
The MUA Sydney Branch unites in class struggle all members
past and present who seek to advance the industrial, political and social interests
in solidarity with all workers of the world through the continual striving towards
the achievement of our Sydney Branch maxim ‘Peace, Unity in Struggle and Socialism’.