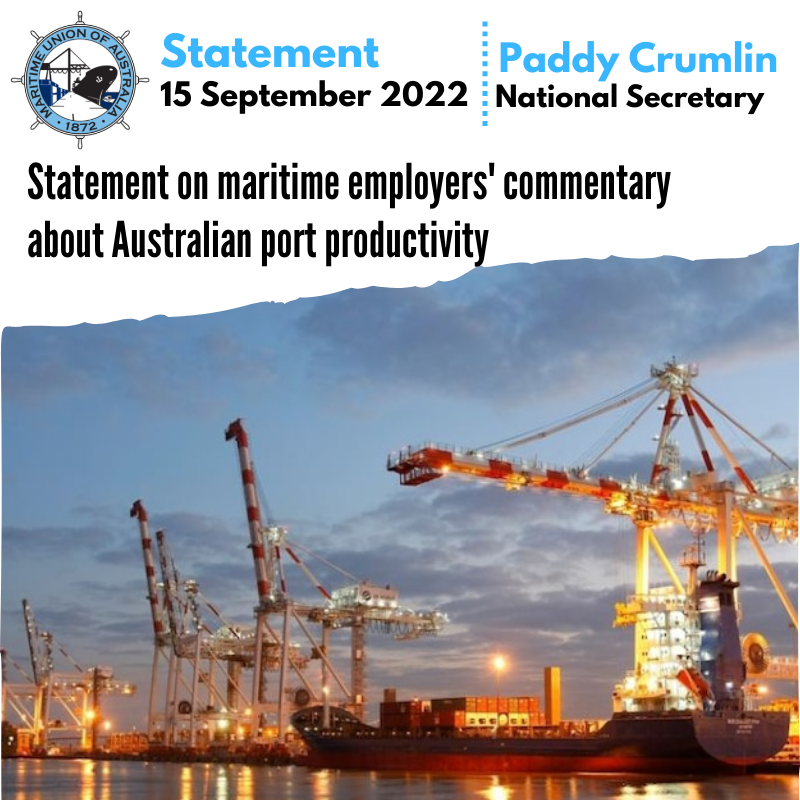 Paddy Crumlin
National Secretary
Maritime Union of Australia
Statement on maritime employers' comments about Australian port productivity
15 September 2022
The Productivity Commission has made more than ten findings which are critical of management, port company owners and the former federal government but once again, workers are bearing the brunt of criticism in the media from the inept managers who share responsibility for Australia’s port productivity woes.
The real story is the chronic institutional failure of management, capital and government to avert the Australian supply chain crisis through a combination of corporate negligence and political hubris.
In the case of Svitzer, this was done in concert with a parent company, Maersk, which posted a $22bn profit last financial year off the back of global supply chain problems which it helped to develop through cartel conduct and abuse of their international market power.
These corporate rent-seekers continue to perpetuate overblown, outdated and unsubstantiated myths about their own workforce in an attempt to garner sympathy ahead of what we can only assume will be another round of militant employer misconduct during the bargaining period for future agreements.

These same employers obfuscated and delayed during bargaining for a period of over two years, including in one notorious case seeking at the last minute to throw workers back on the Award.

For them to now blame their workforce when the evidence of their commercial and economic vandalism was plain for all to see is just laughable.