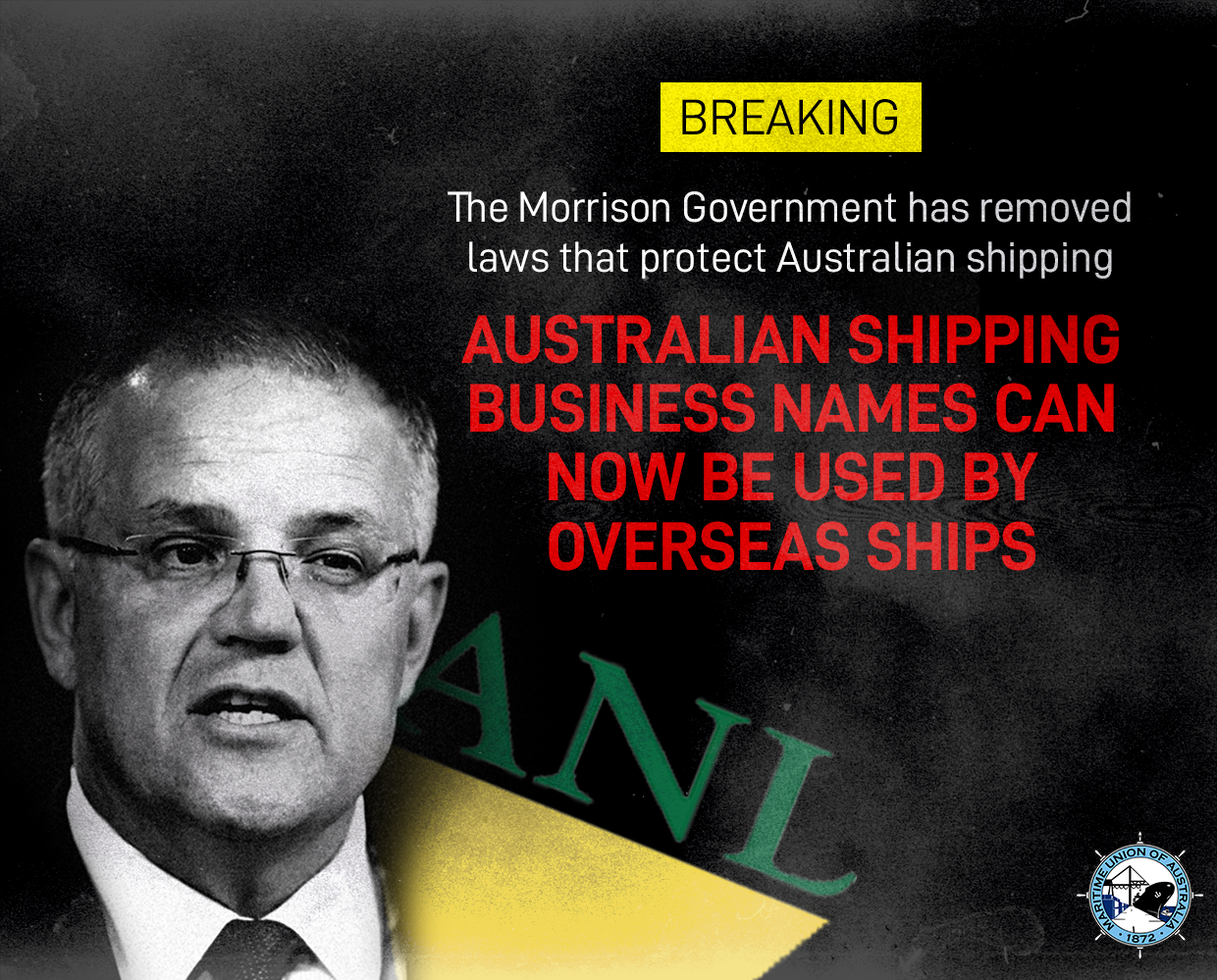 The repeal of legislation related to the former publicly-owned shipping company Australian National Line, which was sold to a French owner, highlights the ongoing failure of the Morrison Government’s to support a strong domestic shipping industry.

The primary aim of the ANL Legislation Repeal Bill, which was debated in the Senate today, is to remove the legal protection for a number of business names formerly used by the Commonwealth shipping company, including: ANL; Australian National Line; Maritime Agencies of Australia; and Searoad.

The Maritime Union of Australia said the Federal Government had found time to debate legislation with the sole aim of allowing a foreign shipping company to use names that deceptively suggested they were based in Australia, but was missing in action when it came to protecting what remains of Australia’s domestic fleet.

“The Morrison Government has found the time to draw up legislation to allow the foreign owner of the former Commonwealth shipping line to use business names and domain names that deceptively suggest an ongoing link to Australian shipping, yet they’ve been unwilling to do anything to actually support the local industry or seafarers,” Maritime Union of Australia national secretary Paddy Crumlin said.

“ANL isn’t based in Australia, it no longer employs Australian seafarers, yet the Federal Government is passing legislation that is solely aimed at assisting this foreign business by removing restrictions on its use of deceptive business names likes Australian National Line and Maritime Agencies of Australia.

“It is embarrassing enough that the Australian National Line is no longer Australian, but it is truly insulting that the Morrison Government is putting more legislative effort into assisting this foreign company than they do to assist what remains of our domestic shipping industry.”

Mr Crumlin said the Federal Government should be focusing its energies on supporting Australia’s economic and national security by investing in the strengthening of our domestic shipping industry.
“The number of Australian-owned and crewed vessels is continuing to shrink, with thousands of jobs lost in recent decades,” Mr Crumlin said.

“Not only has this had substantial economic and social impacts, it has left our island nation extremely vulnerable to any global conflicts or economic shocks that may disrupt maritime trade.
“Rather than support Australian shipping, the Morrison Government has continued to issue licenses to foreign flag of convenience vessels to operate in our waters, supply our fuel, carry our resources, and move cargo around the coast.

“These vessels, which our nation is now almost entirely dependent on, are often registered in tax havens and crewed by exploited visa workers on as little as $2 per hour.

“There is a genuine crisis in Australian shipping, and it has potentially serious implications for all Australians, yet rather than take action, the Morrison Government is wasting their time with this insignificant and irrelevant legislation.”