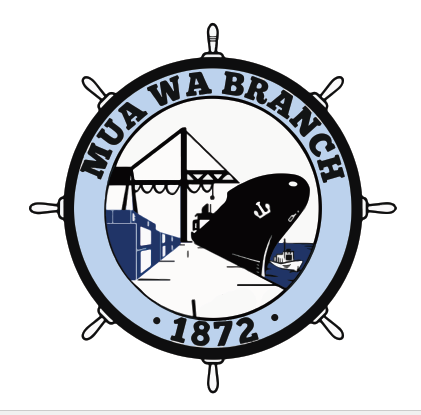 Waterfront Workers will tomorrow be stopping work to meet to discuss a motion for the Union to step up its campaign focused on improving the safety conditions on Western Australia’s waterfront.

Members of the media are invited to attend the press conference and emergency meeting. Details for attendance are below.

The Maritime Union has today condemned Patrick Terminals and Fremantle Port Authority, and Worksafe over its handling of a serious safety incident in the Port of Fremantle on Saturday.

Comments attributed to Christy Cain – National President and Secretary of the West Coast Branch of the MUA.

At around 8:45 pm on 21 November 2020, Wharfies at Patrick Terminals were unloading the vessel ‘MSC MARGARITA’ when a 60-year-old man fell at least 3 metres into the ships hold.

As a result of his injuries, the man was unable to walk and left trapped within the ships hold for over 3 hours.

‘Fremantle Ports and Patrick did not have equipment readily available to effect the recovery and as a result the on-site emergency response personnel were forced to wait 3 hours for Emergency Services personnel to arrive and coordinate a recovery.’

‘The man is currently in Hospital undergoing treatment for a broken vertebrae, shattered ankle with at least 20 fractures, and broken toe. The man is expected to undergo further testing to assess injuries to his upper body.’

‘Patrick Terminals has not carried out a mock emergency muster in years. Waterside Workers have been raising the shortfall with Worksafe who have failed to intervene’.

‘Unloading ships is dangerous work, we need to be prepared serious accidents at all times. With the recent introduction of industrial manslaughter laws, if this man died of the injuries sustained in this horrific fall, who would be to blame?’

‘The WA Government needs to appoint a specialist Worksafe inspector with Waterfront experience who will be able to ensure compliance with the Occupational Health and Safety laws across Western Australia’s 17 Ports.’

‘The Maritime Union will be stepping up its presence on the Waterfront following this incident and will take all necessary steps to ensure appropriate action is brought against terminal operators found to be disregarding the safety of their workforce.’

‘How many times do we need to raise this issue before something is done? We can’t just sit back and wait for someone to die before action is taken.’

‘The attitude of these companies and Government Departments is nothing short of a disgrace. If we have to picket Worksafe to bring safety to the waterfront – we will.’

‘We call on the WA Government and the Minister for Ports to set up an independent inquiry into this incident. Between Worksafe, DFES, and the Port Authority we will need to find out how a worker suffering horrific injuries was unable to be evacuated from the place where he fell for over 3 hours.’