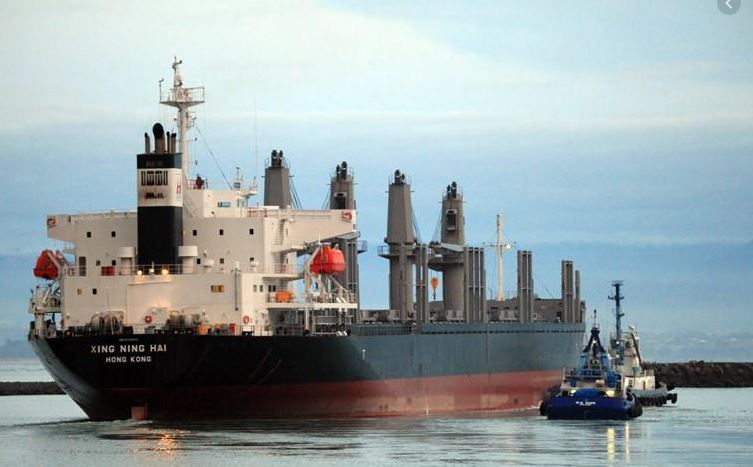 The International Transport Workers' Federation has requested the Australian Maritime Safety Authority urgently investigate after seafarers on a vessel docked at Port Kembla reported that they had not been paid in more than two months.

That crew of both vessels have reported that they have not been paid since June, with more than $200,000 owed in wages.

The MV Xing Ning Hai was last year detained by AMSA in Devonport, Tasmania, after an ITF inspection found the crew had not been paid for six months. More than $300,000 was recovered in unpaid wages before it was allowed to depart Australian waters.

The incidents follow the detention last week of Panama-flagged MV Fortune Genius at the Port of Gladstone after an ITF inspector found fraudulent documentation, including two sets of books, being used to conceal wage theft.

In total, ITF inspectors have identified more than $250,000 dollars in unpaid wages during audits of vessels at Australian ports during the past week, along with further breaches of the Maritime Labour Convention, highlighting rampant exploitation of foreign seafarers.

“These cases show that massive wage theft and the exploitation of vulnerable foreign seafarers are not an anomaly, they are a central feature of the business models of many of the shipping operators carrying freight too and from Australia,” Mr Purcell said.

“All these vessels have been contracted to carry goods and materials for major businesses. The Xing Ning Hai is in Port Kembla to carry steel from Bluescope, while the Xing Jing Hai was in Brisbane to deliver clinker to Cement Australia.

“AMSA deserves to be commended for acting swiftly once issues are identified, but the current system relies on the efforts of ITF inspectors and whistle-blowers among ship crews to identify problems, meaning countless cases of exploitation are slipping through the gaps.

“Without the actions of the ITF, not one of these vessels would have been inspected, which is why so many companies think they can get away with rampant exploitation in Australian waters.”
ITF president Paddy Crumlin said the cases highlighted the urgent need for stronger shipping laws and more proactive enforcement to counter the growing use of highly-exploited foreign workers in Australian waters.

“In recent decades, the number of Australian-flagged vessels has been slashed, with local seafarers replaced by exploited foreign crews on ships registered in notorious tax havens,” Mr Crumlin said.

“The country is now almost entirely dependent on foreign flag of convenience vessels, often registered in tax havens and crewed by exploited workers on as little as $2 per hour.

“What these three incidents show is that this isn’t an occasional issue involving one rogue operator, it’s a central part of the business model of a growing number of companies that are contracted to supply Australia’s fuel, carry our resources, and move cargo to and from our ports.

“When BHP axed the last two Australian bulk carriers earlier this year — replacing 80 Aussie seafarers with foreign flag-of-convenience vessels — we warned that the ongoing failure of the Australian Government to tighten shipping laws was sparking a race to the bottom.

“Too many big businesses refuse to take responsibility for the exploitation in their supply chains, which is why we need political leadership to ensure Australia’s maritime trade isn’t built upon the systematic abuse of vulnerable foreign seafarers.”

About the ITF and ITF Inspectorate
The International Transport Workers' Federation is a democratic global union federation of 670 transport workers trade unions representing over 20 million workers in 140 countries. The ITF works to improve the lives of transport workers globally, encouraging and organising international solidarity among its network of affiliates. The ITF represents the interests of transport workers' unions in bodies that take decisions affecting jobs, employment conditions or safety in the transport industry.
The ITF Inspectorate is a network of 147 Inspectors and Contacts, based in ports all over the world, whose job inspect ships calling in their ports to ensure the seafarers have decent pay, working conditions and living conditions on board. They conduct routine inspections and also visit ships on request of the crew. If necessary they assist with actions to protect seafarers' rights as permitted by law.