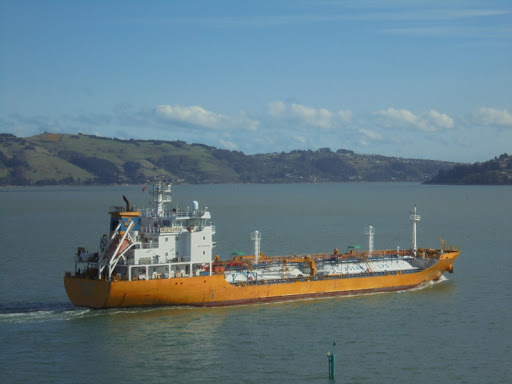 The maritime union is demanding the National Cabinet urgently implement improved testing and biosecurity measures for vessels arriving from international ports following a COVID outbreak onboard a gas tanker that recently berthed at Port Botany.

The Inge Kosan arrived in Sydney on March 31, before departing for Vanuatu the following day. COVID testing was undertaken following the death of a crew member from the Philippines, finding 12 of the 13 crew members had been infected with the virus.

NSW Health yesterday undertook testing of the Australian workers who had direct contact with the vessel, including two pilots who boarded the vessel to bring it in and out of port, along with 18 other workers who were in the Bulk Liquids Berth at the time.

The Maritime Union of Australia said this latest incident vindicated the union’s repeated warnings that the current biosecurity system — which relies on a ship self-declaring illness onboard before COVID testing is undertaken — is fundamentally flawed.

MUA National Secretary Paddy Crumlin wrote to all members of the National Cabinet on Tuesday — including Federal and NSW Health Ministers — warning of the significant public health threat and outlining a proposal for immediate reforms to address the risk.

The union made a series of recommendations, including:

- the introduction of rapid COVID testing of all international seafarers at arrival berths;
- immediate isolation and testing of stevedoring and maritime workforces at relevant berths following positive COVID tests among arriving seafarers;
- provision of health support for the crew, including treatment and efforts to prevent further spread of the virus on the vessel; and
- declaring Australian maritime workers ‘key workers’ and adding them to the essential worker rollout of voluntary vaccinations.

Mr Crumlin said the Inge Kosan had exposed the seriously flawed COVID biosecurity measures in place at Australian ports, and the need for an urgent, nationally-consistent testing regime for arriving crews.

“The current arrangement, where COVID testing only takes place if a ship self-declares symptoms, is completely flawed and needs to be urgently overhauled,” Mr Crumlin said.

“Instead, we’ve seen an outbreak spread throughout this ship, one seafarer die, and a three week period where COVID could have been spreading into the Australian community.

“Australian port workers, who interact with international ships every day, are currently functioning as the only barrier between COVID and the Australian community.”

Mr Crumlin said the union’s repeated warnings had been ignored, with the Federal Government and National Cabinet failing to implement nationally-consistent biosecurity measures.

“Currently, even access to vaccines varies between states, with maritime workers in some parts of the country given priority access while others continue to miss out,” he said.

“These failings not only have serious implications for public health, they threaten Australia’s maritime trade and broader economic security.

“The best way to reduce the risk of community infection is through early detection and intervention, allowing prompt and accurate contact tracing and immediate isolation of anyone suspected of coming into contact with an affected vessel.

“Federal, State and Territory Governments need to urgently fix this broken system before lives are lost.”

Copies of the letters sent to members of the National Cabinet are available here:
https://drive.google.com/drive/folders/1vRNcGBLAyKolEkIu00PQzDb1LCmb-v_i?usp=sharing