Outer Harbour - Its Not Needed 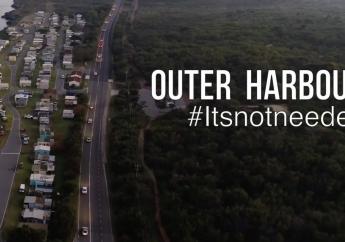 DO WE NEED A NEW OUTER HARBOUR?

IN SHORT: WE DON'T

If you talk to experts in freight and logistics, or read published reports, one thing is clear: if we do nothing to improve our publicly owned Inner Harbour at Fremantle it will comfortably handle the trade task for West Australia decades into the future.

With some modest improvements, and the continuation of proven logistical efficiencies, we can extend the Port in Fremantle's useful life even further.

Fremantle is the best performing port in all of Australia for truck turnaround times, crane rates, container turnaround times, and charges per ship. Our port can also handle the largest ships to call on any port in Australia, and because of $250 million in recently completed upgrades, Fremantle can handle even larger ships into the future.

With a Clean Ports Initiative we can also double the freight volume at Fremantle without adding a single extra truck onto local roads while at the same time reduce noise and diesel pollution.

People who say we need to close Australia's most effective and efficient port and build a massive outer harbour in Cockburn Sound are wrong.

Why should we close down the icon that gives Fremantle its identity, put Cockburn Sound and critical wetlands at risk, and spend $6+ billion taxpayer dollars on a massive outer harbour that experts say isn't needed?