Navy shortages can be fixed with Australian merchant seafarers 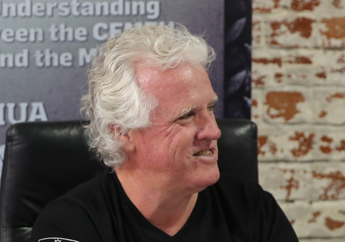 A shortfall of Australian Defence Force personnel that has resulted in an upgraded warship being left in dry dock since 2017 could be addressed by utilising civilian merchant seafarers to fill a range of naval support and auxiliary roles, according to the Maritime Union of Australia.

Anzac class frigate HMAS Perth has reportedly been in dry dock following the completion of a major refit and upgrade because the Royal Australian Navy hasn’t been able to crew the vessel.

“Australian taxpayers should be shocked to learn that after spending millions upgrading a major warship, it has been left in dry dock because the ADF lacks adequate personnel to put it to sea,” Mr Crumlin said.

“Additional recruitment and training may provide long-term solutions, but in the short-term the ADF should be looking to expand the use of Australian merchant seafarers in a range of auxiliary roles including supply vessels, training ships and tankers. Australian seafarers already have a proven track record of operating support vessels for the ADF.

“Defence could immediately free up uniformed naval personnel to crew HMAS Perth by transferring them from auxiliary and support vessels, with those roles filled by highly-skilled and experienced civilian seafarers.

“This model has already been successfully demonstrated, with the Navy’s new aviation training vessel MV Sycamore crewed by civilian seafarers since its launch in 2016.

“Australian merchant seafarers work on a range of support vessels for providing government services from crewing AMSA emergency response vessel and across a range of vessels in border protection, but this model has room for substantial expansion, allowing uniformed personnel to fill pressing crew shortages that are undermining the operational capabilities of the ADF.

“While the decline of Australia’s merchant shipping fleet has seen a terrible loss of skills and experience from the Australian coastline, it does provide a unique opportunity for the Navy to put those skilled, experienced seafarers to work.”