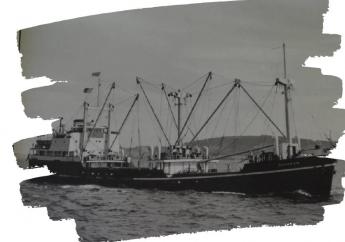 Sunday 25th August 2019 will mark the 50th Anniversary of the MV Noongah Tragedy where 21 seafarers lost their lives.

The MV Noongah departed Newcastle on 23 August 1969, filled with of steel bound for Townsville.

Battling large waves as big as 28 feet and gale force winds up to 110 kilometres per hour, seen the MV Noogah in some trouble.

On 25 August, the 26 man crew were forced to abandon ship just 14 minutes after the distress signal was transmitted.

A four day search and rescue was conducted with only five survivors and one body being pulled from the water, the remaining 20 were never found.

50th anniversary of the Noongah tragedy