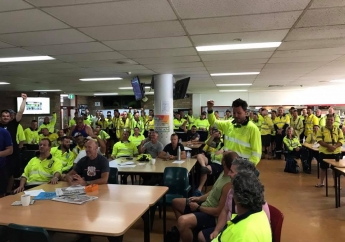 Workers at Australia’s largest stevedore have been granted approval from the Fair Work Commission to hold a ballot allowing protected strike action in response to what the maritime union described as an “extraordinary act of corporate irresponsibility aimed specifically at hurting workers and their families”.

Wharfies working at container terminals in Sydney, Melbourne, Brisbane and Fremantle are outraged after management at DP World Australia — the largest stevedore in the country — moved to strip them of income protection insurance unless they accepted the company’s demands. 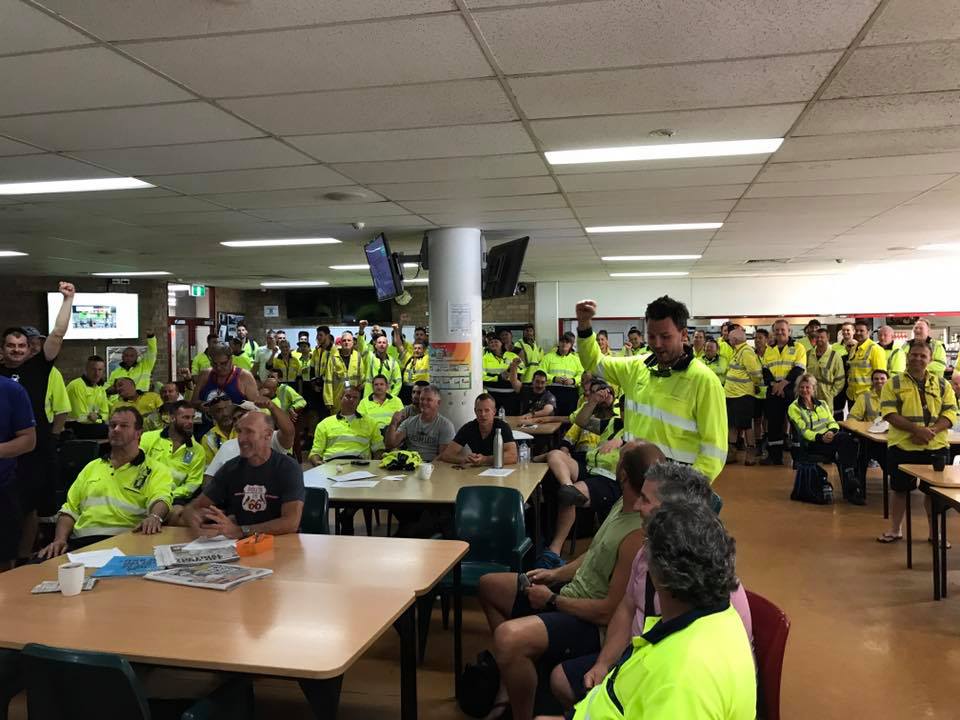 The FWC imposed a requirement that workers provide management five days notice before going on strike — almost double the standard requirement outlined in the Fair Work Act — in a move the Maritime Union of Australia attacked as a fundamental curtailing of the democratic rights of Australian workers.

The union also committed to appealing the decision, which was granted despite management providing no evidence to justify the exceptional circumstances.

MUA Assistant National Secretary Warren Smith described the actions of DPW as an “extraordinary display of corporate contempt for their workers”, effectively using the wellbeing of workers and their families as a bargaining tool to deny them the opportunity to genuinely negotiate a new workplace agreement.

“In response to DPW’s appalling display of corporate hubris and arrogance, the negotiating committee was left with no option but to escalate this dispute and seek an immediate ballot for protected industrial action,” Mr Crumlin said.

“When management tells workers they must to do things their way or have their family’s social protection through income protection insurance terminated, it’s no longer a negotiation, it’s blackmail.

“Power and the pursuit of profits apparently allows DP World Australia to threaten the wellbeing and security of workers and their families in the event of unforeseen injury, an entitlement that has been long standing not only to this workforce but to working families generally in our community.

“DPW then decided to double down on those actions by arguing that standard industrial laws shouldn’t apply to them and  that workers should be forced to provide almost double the legally required notice period before taking strike action.

“These consistent attempts by management to undermine the the industrial rights of workers and further undermine our already limited capacity — which have been rubber stamped by the toothless industrial umpire — prove definitively why we need to change the rules that govern Australian workplaces.

“Australian workers must have the right to withdraw their labour to protest injustice and attacks on their conditions, and the continuing erosion of those rights gives them little more power than a slave, forced to obey every command from management, no matter how unfair.”

“In the past, new CEOs at DP World Australia would reach out to our union and seek to create an avenue for consultation and cooperation at the very least,” Mr Crumlin said.

“Already, Paul Scurrah’s exit has seen a dramatically damaging turnaround in dialogue with the company which must have gone autonomous as there doesn’t seem to be anyone currently at the wheel.

“Despite a number of attempts by myself to talk to management on this issue and others, including management’s sacking of a long-term employee suffering depression and suicidal thoughts on the job, there has been no consultation.

“I had a clear agreement with Mr Scurrah that yet another employee was at great risk due to a recent dismissal and a discrete and inclusive assessment of his condition was required.

“No one there has bothered to tell me or reach out in anyway about a possible way forward on any of these matters other than we should take it up as an unfair dismissal.

“In that matter, the FWC last week gave a scathing critique of how the company treated the original dismissed employee, reiterating all the concerns the union had been making to the company at the time.

The same lack of consultation and respect was given on the change in ownership, according to Mr Crumlin, who also chairs the powerful Dockers Section of the International Transport Workers’ Federation.

“If a union acted in the way DPW management have it would be called bullying with blackmail, but Australia’s workplace system is so broken that big businesses now think it is totally acceptable to openly attempt to coerce workers into accepting their demands and denying them basic duty of care rights. That is why we need to change the rules to restore fairness to Australia’s industrial relations system.”

The MUA also hit out at DP World Australia’s suggestions they had made a generous offer to workers by proposing a 2.6 per cent pay rise.

“What this company doesn’t disclose is that they have seen record profits off the back of huge increases in workforce productivity, plus being the first in the implementation of container infrastructure charges which has seen a huge windfall for DP World in the order of around $50 million,” Mr Smith said.

“Wharfies wages were restrained in the last round of negotiations, setting DP World Australia up for massive profits, yet instead of rewarding those efforts by sharing some of these profits, management have resorted to threats to take it all and attack workers.

“Union members simply want to negotiate around a range of workplace issues, many of which have been in dispute, but management have said all claims must be immediately withdrawn or workers lose their income protection insurance.

“Extraordinarily, management’s latest industrial debacle will leave them worse off, as the company will have to deal with increased overheads if the income protection insurance is cancelled.”