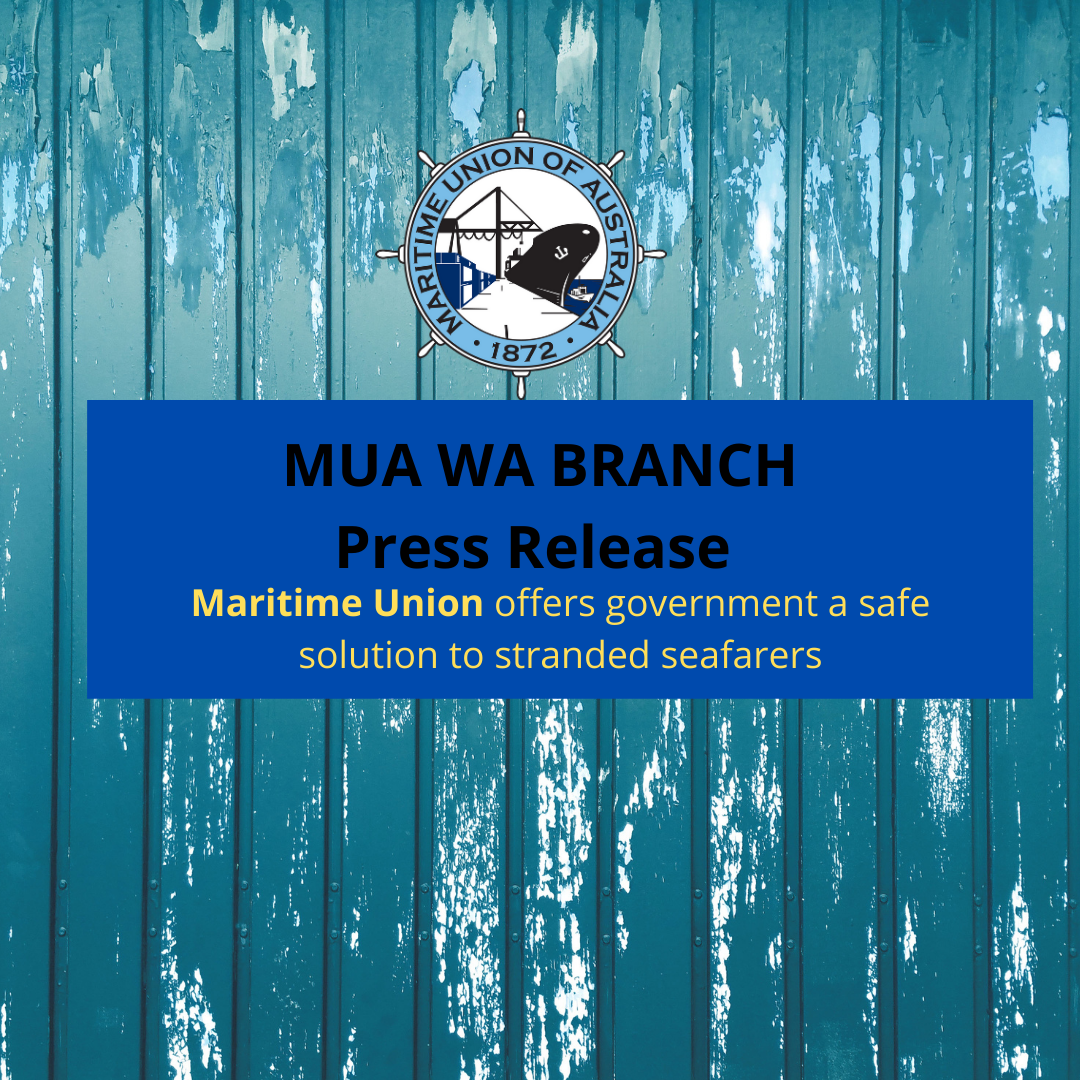 The McGowan Government has left 9 international seafarers stranded on a vessel contaminated with COVID19 in the Port of Port Hedland.

Whilst the vessel is currently at anchor in Port Hedland, port service providers will continue to interact with the crew of the vessel as they bring the necessary supplies to crew stranded on board.

If not managed properly, this crisis could develop into Western Australia’s Ruby Princess.

The Maritime Union of Australia calls on the McGowan government to act swiftly to reduce any further risk to our community and provide these seafarers with the medical assistance they require.

Christy Cain, the Secretary of the West Coast Branch of the Maritime Union of Australia says there’s an easy fix that will protect the people of Western Australia, the economy, and the crew of the Patricia Oldendorff.

The Government needs to facilitate bringing the infected crew ashore and into quarantine ensuring they all receive the necessary medical treatment.

Once the crew are ashore, we can commence a comprehensive clean and decontamination of the vessel before arranging for WA based seafarers to crew the vessel on its delivery voyage.

“The wellbeing of seafarers is just as important as the people of Port Hedland in Western Australia.”

“The simple solution is to move the infected crew into quarantine, provide them with the necessary medical care, carry out a full clean and crew the vessel with local seafarers so we can immediately continue the export of Western Australia’s resources, an industry so critical to our nation’s economy during these troubling times.”

“As a nation, we have a moral responsibility to protect these seafarers. The MUA is presenting the Government with a solution to keep these people well, get them home safely, employ Australian workers and stop the further unnecessary spread of the virus.”