MEDIA ALERT: Keep the Queenscliff on the run! Save the Manly Ferries! 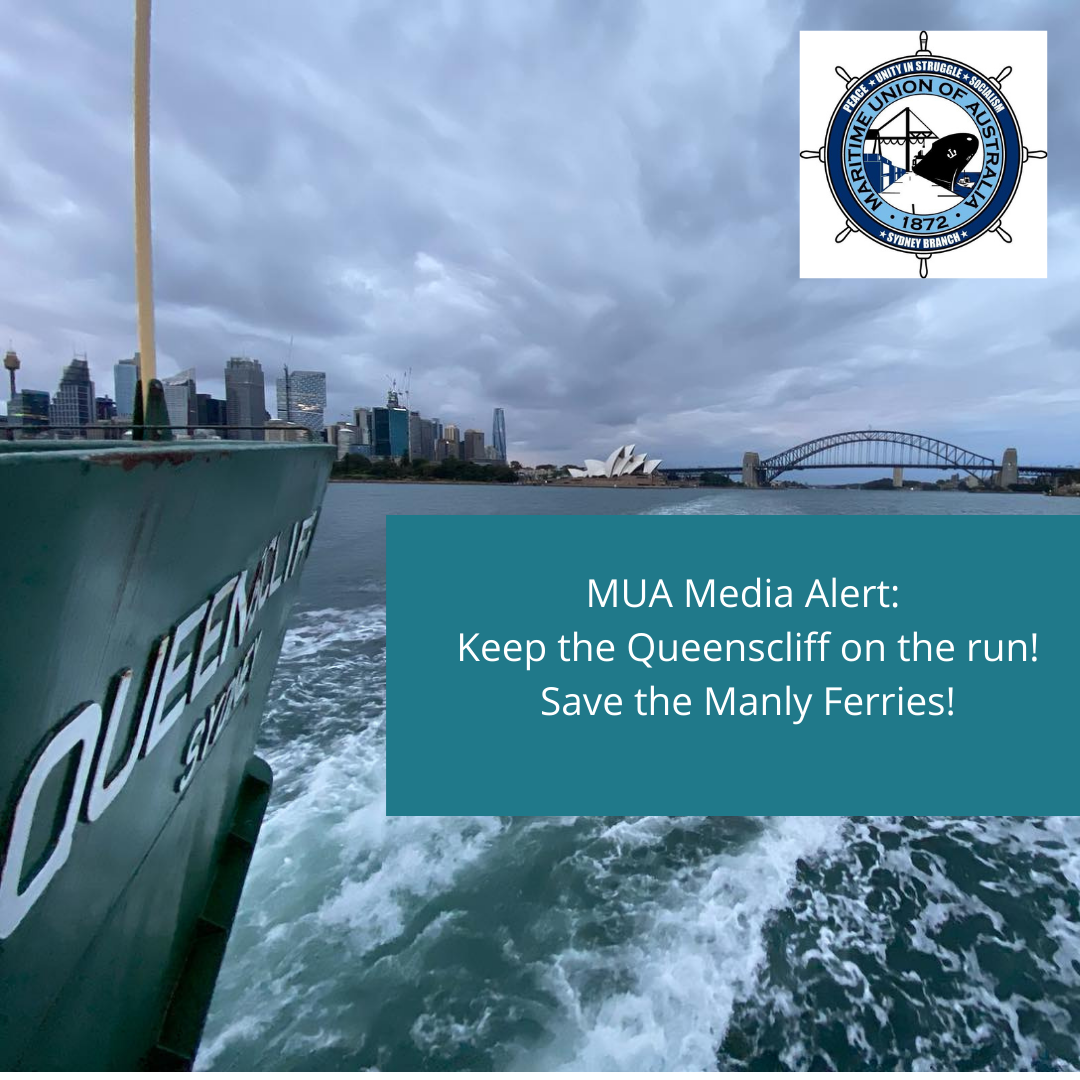 The Maritime Union of Australia again joins with the community to call on the NSW Government to reverse its decision to remove the first of the four iconic and internationally recognised, doubled-ended Manly ferries  and save the ferry Queenscliff from being scuttled.

“The final trip of the Manly Ferry Queenscliff today is nothing short of a disgrace and removes an iconic ferry from Sydney Harbour that still has plenty of life left,” said Paul Garrett, MUA Sydney Branch Deputy Secretary.

“Rather than axing the iconic Freshwater ferries starting with the Manly Ferry Queenscliff, the NSW Government must invest in this world-renown tourist drawcard with an appropriate maintenance and life-extension programs to keep all four vessels operating safely for many years to come.”

The MUA notes that the three replacement Emerald Class ferries along with the ten River Class ferries which were built overseas are still yet to come into service and have been plagued with design and operational faults.

“The three Emerald class ferries that are supposed to replace the Manly ferries, still have not had all of their safety issues resolved. Despite being in Australian waters since the start of the year, there has been a significant question mark over whether they can even handle the swell going across the Heads.”

“With the ongoing safety issues, our members will work them only when they are safe to operate and take passengers. There is still some time until all ferries are ready to safely perform their role, but one thing is for sure, they’ll never replace ferries like the Queenscliff.”

The union said the fight was far from over, with efforts continuing to save the Narrabeen and Queenscliff ferries, ensuring the vessels are able to continue operating year-round.

“These iconic doubled-ended vessels don’t just bring international and domestic tourists to Manly each year, they are a vital part of the commuter network, reliably taking people from the Northern Beaches to work in the city each day.”

“Sending the Queenscliff to be scrapped is a costly mistake that will hurt tourism and commuters as Sydney is recovering from the COVID crisis. It’s not too late for this short-sighted decision to be overturned, and we’ll continue fighting for the best outcome for Manly, the Northern Beaches and Sydney, which is the retention of all four Freshwater class ferries.”