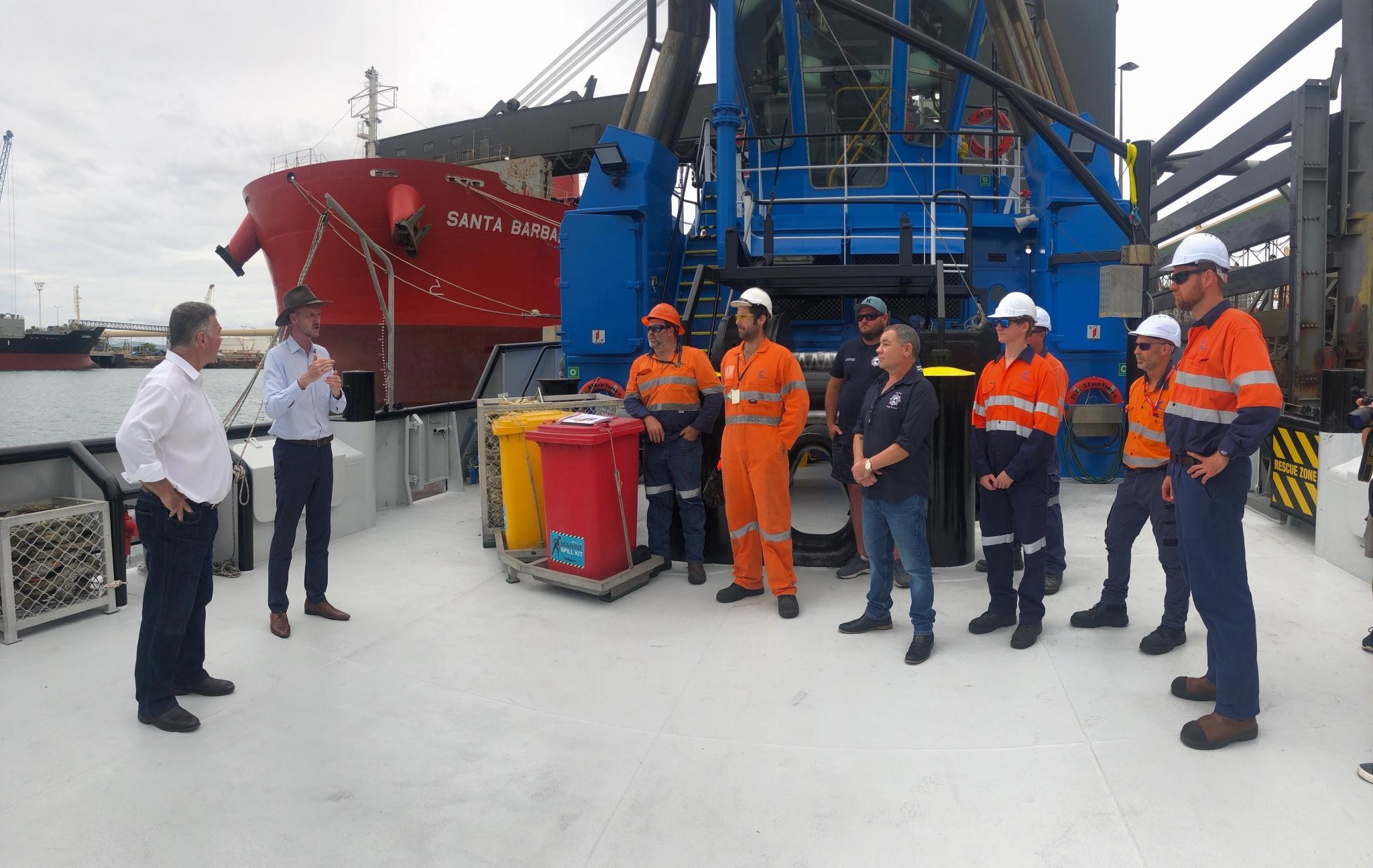 Today’s announcement that a re-elected Palaszczuk Government would invest $21 million over two years to revitalise Queensland’s shipping industry has been welcomed by the Maritime Union of Australia as a vital step to create local jobs and strengthen supply lines.

The QLD Labor announcement would see a new shipping service created between Townsville and Brisbane, operated by local seafarers, along with upgrades to port facilities and a commitment that ports would remain in public ownership.

There will also be $1 million set aside for training, providing opportunities for Queenslanders to enter the industry or increase their skills.

MUA Queensland Branch Secretary Stephen Cumberlidge applauded the announcement, saying it would deliver quality regional jobs. “This investment in the ‘blue highway’ along Queensland’s coast will not only create jobs for local seafarers, it will strengthen the maritime supply chains that are vital for keeping the state’s economy ticking and delivering essential goods to the community,” Mr Cumberlidge said.

“By investing in upgrades to publicly-owned ports and funding training for existing seafarers and locals wanting to enter the industry, Labor’s pledge will ensure the long-term viability of our vital industry.

“This announcement doesn’t just deliver jobs, it actively strengthens Australia’s supply chains by increasing the use of locally owned and crewed vessels along the Queensland coast.” MUA National Secretary Paddy Crumlin said the announcement built on the work of the Maritime Jobs Taskforce, established by the Labor Government earlier this year. “

Australia was caught unprepared by the COVID pandemic, which highlighted the threat to our sovereignty caused by a dependence on foreign shipping for domestic and international trade,” Mr Crumlin said.

“Today’s announcement is a practical response to that threat, with a clear plan to strengthen domestic seafaring and reduce the reliance on foreign flag-of-convenience vessels crewed by exploited workers.

“As we move towards the recovery phase from the COVID crisis, steps that strengthen the resilience of our supply chains and ensure our island nation is served by skilled Australian seafarers should be commended.”