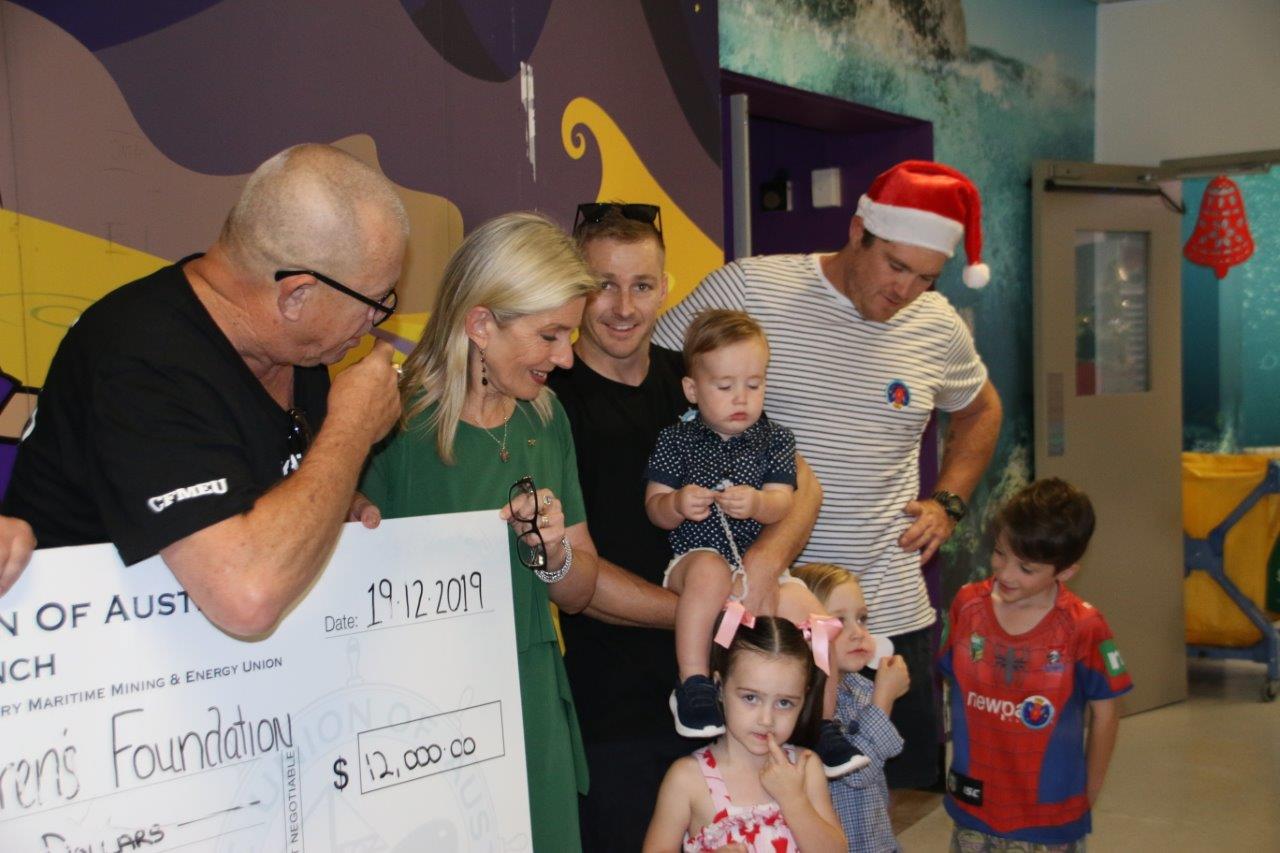 Members of the Maritime Union of Australia Newcastle Branch made a donation of $12,000 to the John Hunter Hospital Starlight Children’s Foundation yesterday.

The money has been raised by the branch and union members from the tugs, lines, coal workers, port workers, and veterans, with some of those members to hand over the check at John Hunter Hospital tomorrow.

“The Maritime Union has a long proud history of community activism and has supported many causes over the years,” Maritime Union of Australia Newcastle branch secretary Glen Williams said.

“This year we are so proud to donate in support of the amazing work done by the Starlight Foundation in our local community.”