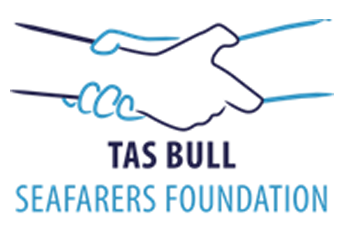 An Australian-first initiative to provide a WIFI signal and internet access for visiting Seafarers on ships visiting Australian ports called “Seafarer Connect” has been launched in Sydney at a meeting of the International Transport Workers' Federation Offshore Task Force and Cabotage Committees.

An initiative of the not-for-profit Tas Bull Seafarers Foundation (TBSF), a trial of the programme at Port Botany for the past three months has proved to be an outstanding success.

Seafarer Connect project manager Bernie Farrelly said: “The new system will deliver 100 GB of connectivity and seafarers will get the benefit of a 4G signal. This will be upgraded to 5G when providers upgrade existing systems. The system is simple to use, it involves new technology where a portable router is plugged into the ship’s power and a WIFI signal is generated throughout the ship’s accommodation spaces. This means that seafarers can access the system through their personal laptops or phones”.

TBSF chair Robert Coombs said: “This is simply a modern-day requirement that most of us take for granted. It will mean that when a ship ties up and the router is installed, crew members will be able to connect with their families and loved ones free of cost and without the hassle of going ashore of finding a shore side facility”.

Mr Coombs said all the major operators in Port Botany except one have supported the new programme, but he hoped that negotiations in the future might bring all operators on board.

ITF President Paddy Crumlin said: “This is an important tool in ensuring the proper welfare of seafarers who often spend months at sea, and long periods away from home.” He also supported efforts by the TBSF to extend the initiative to other Australian ports and noted positive developments in Newcastle and Port Kembla.

To enhance the provision of WIFI a web page has been developed where seafarers will be directed after logging on. The web page provides important information on shore transport (bus timetables), nearby shopping centres, welfare and assistance providers, and faith-based groups. Each port where Seafarers Connect is delivered will have a customised web page.

Each device has a firewall installed that prevents access to gambling sites, self-harm and other inappropriate sites.

The TBSF has partnered with the Telstra Business and Technology Centre in Sydney to deliver the full package that includes the routers, hard cover protective cases, firewall’s, data plans and tracking devices.