Hobart: Seafarers let down by government inaction to have local crew on MPV Everest for upcoming Antarctic mission 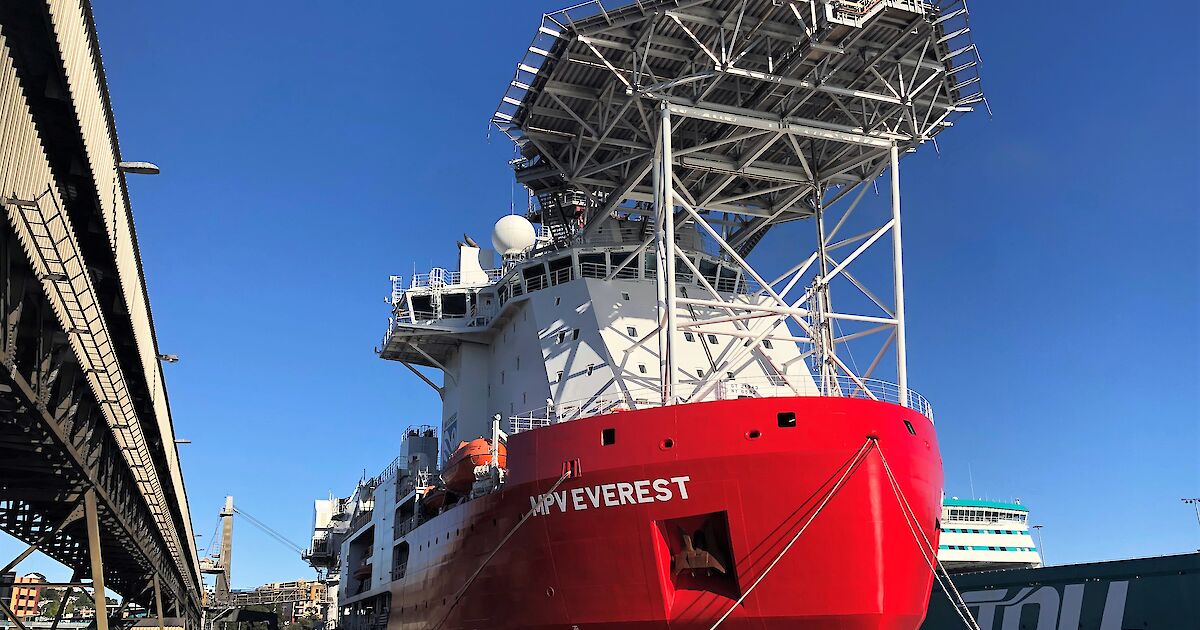 Australian seafarers are disappointed that the MPV Everest is sailing to Antarctica once again with a foreign crew, urging the Federal Government to intervene and ensure an Australian crew is utilised for the vessel's next Antarctic mission.

The MPV Everest, the temporary replacement vessel for the iconic Aurora Australis, recently arrived back in Hobart following a resupply voyage to the Casey research station, refuelled, restocked and took on more expeditioners, but not an Australian crew.

Australian seafarers, including former crew members from the Aurora, are urging the Australian Government to intervene to ensure highly-skilled local workers are employed for the subsequent voyages.

The Australian Antarctic Division last month wrote to the Maritime Union of Australia saying it “has always been and continues to be supportive of the engagement of Australian seafarers to work onboard the MPV Everest”, however it said the decision was made by vessel operator Maritime Construction Services.

MUA Branch Secretary Jason Campbell said it was outrageous that the taxpayer-funded Antarctic mission was utilising a foreign crew at a time when highly experienced Australian seafarers were available and desperate to undertake the work.

“The government needs to inform MCS and Kuiper International that this ship must be crewed by Australian Seafarers on the next voyage,” Mr Campbell said.

“The use of foreign seafarers without Antarctic experience, instead of highly-experienced Australians including those who previously worked on the Aurora, continues to pose a significant threat to safety and the environment.

“It is not too late for the Federal Government to intervene, ensuring skilled local seafarers are on board for subsequent voyages of the MPV Everest.

“The first voyage to the Casey research station was not without incident, with a small fire breaking out during the vessel’s return journey to Hobart, highlighting why it is so important to have the experience and skill of local seafarers on board.

“Right now, there are seafarers in Tasmania with all the requisite training and experience ready to join the MPV Everest. All that is needed is for the Federal Government to tell MCS that they must use a local crew to undertake this critical work in Antarctica.”