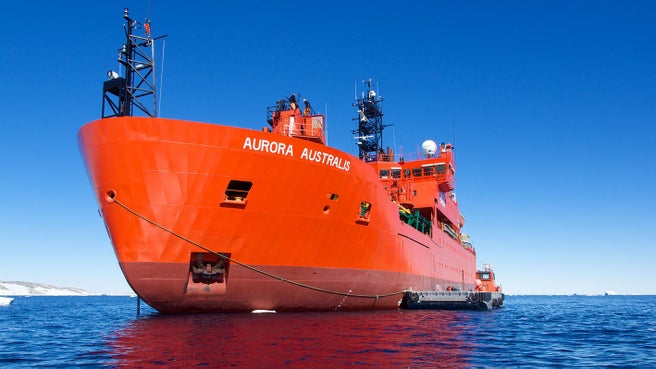 As the Australian Antarctic Division’s flagship icebreaker Aurora Australis undertakes its final voyage to resupply Macquarie Island with 12 months worth of cargo, food and fuel, seafarers are urging the Federal Government to take the opportunity to convert the vessel to a specialist emergency response role.

The Aurora, affectionately known as the "Orange Roughy", will be replaced by the RSV Nuyina next summer after providing 31 years of tireless service, during which time it has been the backbone of Antarctic research efforts.
Former crew members are urging the Australian Government to acquire the Aurora as a specialist emergency response vessel following its retirement.

With the capacity to carry and transfer nearly two million litres of fuel, a functional hospital, desalination equipment that can make fresh drinking water anywhere, helicopter pad and refueling station, and extensive storage for food, clothing and emergency equipment, the Aurora comes ready-made with the ability to deliver emergency assistance directly to devastated coastal communities.

The Aurora also has accommodation and catering capacities for more than 100 people in addition to the crew, allowing a team of well-equipped first-responders to be inserted into communities cut off by fires, flooding, or other natural disasters.

Maritime Union of Australia Assistant National Secretary Ian Bray, who spent two decades as a merchant seafarer including several years on the Aurora Australis, said its conversion to an emergency response capacity would ensure an appropriate vessel was available at all times following natural disasters.

“The Aurora Australis’ final voyage, delivering a year’s worth of food, fuel and cargo to remote Macquarie Island, highlights exactly why this vessel is so well suited to being converted to an emergency response role following its Antarctic retirement,” Mr Bray said.

“The Aurora has a proven track record of being able to deliver essential supplies in challenging conditions to some of the most remote locations on earth.

“Rather than lose that resource, the Australian Government has an opportunity to acquire the Aurora and use it to respond when natural disasters such as bushfires, cyclones and floods isolate or devastate coastal communities.

“For less than $10 million dollars, the Australian Government could purchase the Aurora, undertake maintenance and minor modifications, and have it launched as an emergency response vessel ahead of the next bushfire season.

“As a specialist emergency response vessel, the Aurora would be able to reach much of the Australian coast within days, armed with fuel, food, fresh water, and a functional hospital.

“The vessel would allow the restoration of communications, which was a major issue during recent bushfires, while the helicopter pad and refueling station providing a launch point for search and rescue.

“Specialist emergency vessels usually come with eye-watering price tags, but the Aurora provides a unique opportunity to acquire a vessel perfectly suited to this role, with proven capability and reliability, at a fraction of the cost.”