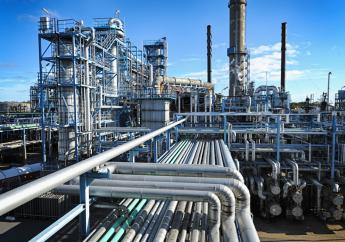 The Morrison Government is being urged to take urgent and radical steps to secure the nation’s fuel security following reports it is working on a plan that would not see Australia meet the International Energy Agency’s 90-day fuel stockholding obligation until 2026.

Recent attacks on oil infrastructure in the Middle East, including a drone strike that has knocked out half of Saudi Arabia’s crude oil production, highlight Australia’s exposure to global energy shocks and the need to overhaul shipping, refining, and storage capacity.

Australia currently has the lowest fuel reserves of any member nation of the IEA. During the last financial year, Australia had an average of just 23 consumption days of petroleum in storage, 20 days worth of diesel, and 25 days of aviation fuel.

With more than 90 per cent of Australia’s fuel supplies now imported, Energy Minister Angus Taylor has attempted to include supplies on board those tankers as part of our domestic stocks in an accounting trick to make the nation’s fuel security appear less precarious.

The Maritime Union of Australia and the Australian Workers Union have warned that the Morrison Government’s failure to act was putting the country at risk of economic and social disaster in the event military conflicts, economic crisis, or natural disasters disrupt shipping.

“With more than 90 per cent of the fuel that keeps vehicles on the road and planes in the air now coming by sea — much of it through potential conflict zones such as the Middle East and South China Sea — Australia has never been more vulnerable.

“Worst of all, every drop of oil imported to Australia comes on tankers that are owned and operated by foreign companies, meaning that the fuel they carry could be diverted to their home countries in the event of a global crisis.”

“Even now with a fuel security crisis looming, they are doing nothing to support and promote local refining.

“We desperately need to build new refineries and expand existing ones, which would create thousands of new jobs and safeguard our fuel security. But realistically we can't do this unless the government wakes up.”

The MUA last year commissioned a report by shipping expert John Francis, ‘Australia’s Fuel Security – Running on Empty’, which found the country is reliant on the equivalent of almost 60 full-time fuel import tankers to supply petrol, diesel and jet fuel.
“Maritime experts have highlighted Australia’s extreme vulnerability when it comes to fuel supplies, particularly as so many of the tankers that supply the nation travel through potential conflict zones such as the Middle East and South China Sea,” Mr Crumlin said.

“Developing a strategic fleet of Australian-owned and operated tankers would provide a lifeline to transport fuel to Australia in the short timeframe required during the kind of emergency where supplies are threatened.

“The Australian Government needs to prioritise an urgent plan to invest in shipping, refining and storage capacity so that the country’s fuel supplies can return to a secure level.

“The risks aren’t hypothetical. We’ve seen this week how vulnerable global fuel supplies are.
“Despite this, Australia remains the only developed oil-importing country without government-controlled stocks of crude oil or refined petroleum products.”