Election outcome is a victory for workers 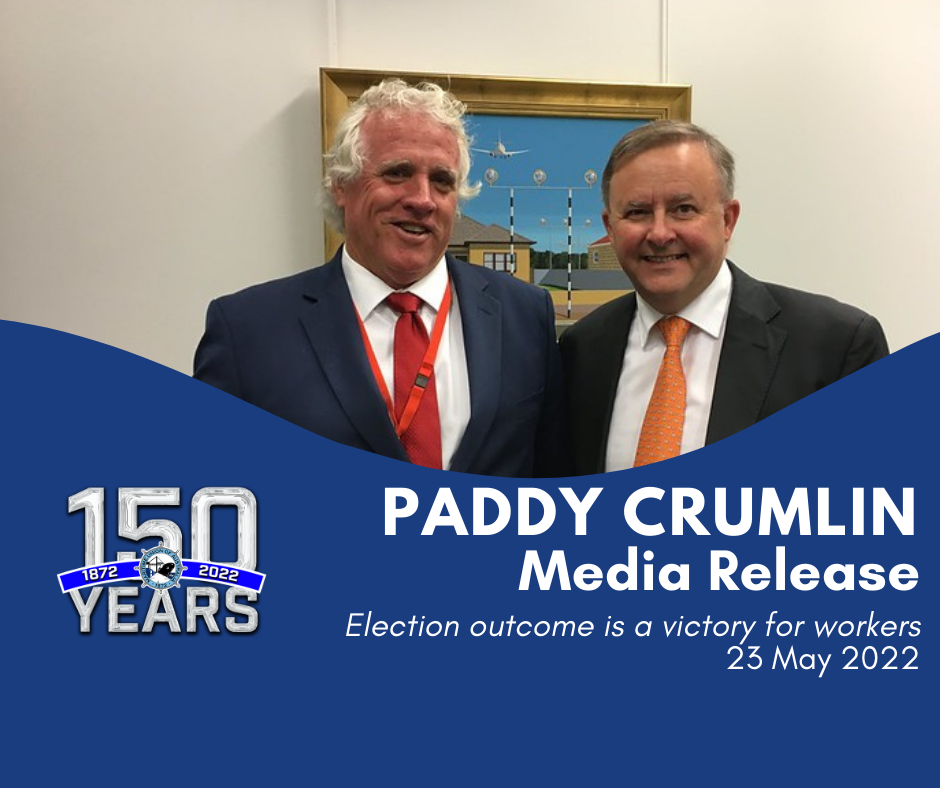 ELECTION OUTCOME IS A VICTORY FOR WORKERS

The Maritime Union of Australia joins with trade unions nationwide in welcoming the election result at the weekend and heralds a new era of cooperation and industry advancement under an Albanese-led Federal Government.

For nine years, maritime workers, seafarers and wharfies have suffered under the LNP, led by various anti-union and anti-worker Prime Ministers.

"Our members have been prosecuted, persecuted, lied about, undermined, sacked, vilified and conspired against by the Liberals and Nationals in line with a pattern of behaviour established by their predecessors in the 1980s and 1990s”, the MUA’s National Secretary, Paddy Crumlin said.

In a letter to members, Mr Crumlin has noted the enthusiastic and early commitment by Labor to establish a National Strategic Fleet of Australian-crewed and Australian-flagged vessels. This is a crucial step towards securing Australian supply chains and revitalising an industry which has been allowed to decline under successive Liberal leaders as big-businesses have shifted more and more of their seaborne trade on to Flag of Convenience ships crewed by vulnerable and exploited international seafarers being paid as little as $2 per hour.

“Every day we have got up -- in the best historical traditions of our great union of 150 years -- and sought to expose and oppose their pursuit of tax avoidance, labour standard exploitation and negligence in their promotion of the lowest standards of international shipping in what is the most essential industry for our national security and economic success and independence,” Mr Crumlin said.

The incoming Labor Government has also committed itself to abolishing the Australian Building and Construction Commission – a taxpayer funded Union-busting outfit that has even sought to diminish maritime worker’s rights to democratic collective action in its crusade against union members in the building and construction sector.

“Labor's other policies also align closely with MUA Rank-and-File decisions at our National Conference, including the establishment of a constitutionally-enshrined Voice to Parliament for Australia's First Nations people, respectful treatment of women in all workplaces and action on climate change,” Mr Crumlin said.

“Labor's victory and the election of that great supporter of decent and sustainable shipping policies and maritime workers -- Anthony Albanese -- provides a new and definitely our greatest opportunity to protect our rights and jobs and by extension all workers' rights, jobs, health and retirements.” Mr Crumlin added.