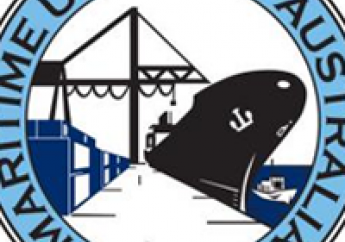 Svitzer Members in South Australia are being represented at the National Negotiations by Adelaide Delegate and Branch Committee Member, Tony Nealen. Regular reports are being distributed to members following each bargaining period. As late as yesterday Svitzer disseminated their vision for the future to all employees which blindsided the negotiating committee given the content and aspirations for the future of the company have not been discussed at the negotiations and are counter to what Svitzer proposed as a landing. It has been discussed but not yet confirmed that Port Operating Procedures (POPs) for local arrangements will be negotiated concurrently to national negotiations which will have greater involvement from the Branch and local delegates in Adelaide and Whyalla.

Viterra continue their anti-union agenda with complete disregard for their own employees’ interest, well-being and work life balance. Members at the Port Adelaide Terminal, in the face of poor harvests and drought conditions, have been incredibly conservative in their claims for a new agreement calling for the status quo with a modest wage rise. Viterra, seeking total control and domination over their own employees, sought a reduction in the permanent salaries by 680 Hours or somewhere in the vicinity of $15,000. But that’s not all! They also want to remove arrangements for rostered-off weekends. The Union negotiating committee have suggested alternate wording and flexibility to guarantee labour for weekend shifts however Viterra are completely hostile.

The Union have lodged a Protected Action Ballot Application and members are in the process of voting. This is the last option for members and is fraught with danger as Viterra have threatened lock-outs and scab labour if any bans and limitations or work stoppages occur. They have even threatened to terminate the enterprise agreement forcing members back onto the award. Viterra plan on putting their version of the enterprise agreement out to vote despite no agreement from the Union negotiating committee. A VOTE NO campaign will commence. These outcomes truly demonstrate the terrible effect of the Fair Work Act 2009 and why we need a strong campaign between now and the next Federal Election for them to be changed.

Another Enterprise Agreement where modest claims by members have not resulted in any progress or agreement. Flinders Logistics are now well established having commenced in 2012. Despite this a majority of employees are in precarious work either as GWE’s or casuals. This creates a lot of uncertainty and concern for members particularly in an organising sense. Couple that with hostile management and disorganisation is amplified. Discussions are being held with members about the possibility of protected industrial action.

Members are rightly frustrated with CSL’s delaying tactics on this agreement. These delays are despite the in-principle agreement reached months ago. The Branch is still waiting on the draft agreement from CSL HR. The Floating Offshore Transfer Barge (FOTB) in Whyalla has now been in operation since 2007 and we have never had a decent agreement primarily because of the low union density that could be attributed to the high level of overseas workers. The Union is slowly making some progress in organising this group of workers thanks to the invaluable assistance of MUA Delegate onboard Dave Willis.

These negotiations have been on-going through 2019. While an agreement is in the process of being drafted, we are still apart on the key issue of minimum crewing numbers.

SA now has 3 ports dealing with Qube with probably 3 separate agreements. Adelaide, Port Lincoln and Whyalla. The MUA are having a National EA conference with 1 delegate from each port on 2 & 3 December to discuss and formulate a Part A national Claims.

Linx management have called for Expressions of Interest in redundancy. Five members have indicated a possible interest and are waiting on figures from the Company to confirm what the total package will amount to.

4th - 8th November Level 1 and 13th -15th November Level 2. These are the last two HSR courses scheduled for MUA HSRs this year. These have been very successful courses and we will continue to build our training programme in 2020.