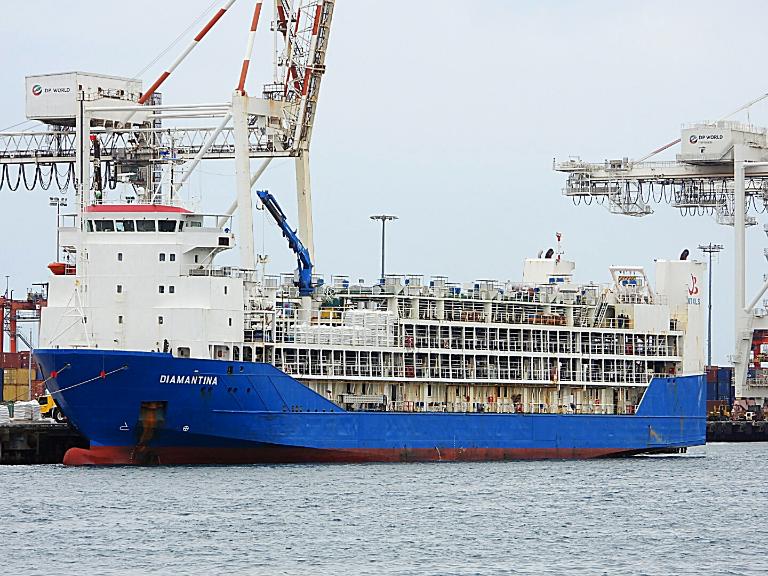 Darwin port workers fear the lack of a cohesive and nationally-consistent policy on addressing COVID risks involving international shipping poses a significant threat of a community outbreak of the deadly virus in the Northern Territory.

The Maritime Union of Australia said the concerns of waterfront workers had been heightened after a 25-year-old seafarer from the Diamantina livestock carrier, which arrived from Indonesia on Sunday night, tested positive for the virus.

MUA National Secretary and ITF President Paddy Crumlin said "Vessels continued to dock around Australia inside the 14 day quarantine period imposed on other travellers, while the maritime arrival system remained reliant on a self-declaration system where a ship’s master is responsible for reporting if there are sick crew members on board. The international seafarers themselves need protecting in an exploited tax avoidance industry where as many over 300,000 have been imprisoned on their ships due to port state negligence

"Shipping is essential to both our domestic supply chain as well as international trade. The recent senate sub committee recommendations identify the long policy negligence by the Federal Government as the main political institution responsible for shipping policy and calls for strong regulatory support particularly for the Australian domestic industry" Crumlin said

MUA NT Acting Branch Secretary and National Indigenous Officer Thomas Mayor said workers at a Territory or State level were being left to try and prevent COVID entering the Australian community because of inadequate Federal protections.

“Workers at Darwin port just want to go to work and do their jobs without being worried that they may unknowingly take a killer virus back home and into their communities,” Mr Mayor said.

“Port workers, their families, the Darwin community, and all the vulnerable Indigenous communities in the NT continue to be put at risk because the Federal Government lacks a cohesive and consistent national policy addressing the unique risks posed by maritime supply chains.

“The current system, which is reliant on international shipowners, driven by profit, self-reporting potentially illnesses — knowing that this will cause them costly delays — cannot guarantee the safety of our members or the broader community.

“The Federal Government must stop shirking their responsibilities and step in with an improved, nationally-consistent set of measures that include mandatory health checks and COVID testing for all international vessel arrivals.

“Thankfully, in this case the additional quarantine steps put in place by the Territory Government, which were developed in consultation with workers and the union, were effective at identifying the confirmed COVID case, highlighting why these should be standard practices across the country.

“I’ve spoken with representatives from Indigenous health organisations and they share the union’s view that an urgent inquiry into the current system is needed.

“Any weak links, whether at Darwin or any other port handling international arrivals, puts these vulnerable communities at risk.”