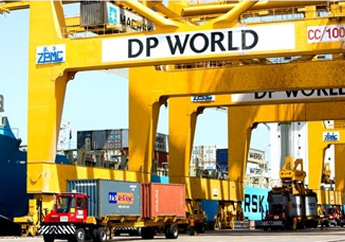 Outsourced maintenance work has been blamed after wire ropes on a crane used to load and unload shipping containers at DP World’s Port Botany terminal catastrophically slipped, with the maritime union saying is was lucky no one was injured in the major safety incident.

Initial investigations indicate that a contractor hired to replace wire ropes on the crane failed to follow appropriate procedures, resulting in clamps being installed upside down, a torque wrench not being applied, and endurance testing not being undertaken.
The crane remains out of action following the incident, almost two weeks since the outsourced maintenance commenced.

DP World management insisted it needed to outsource the wire rope replacement due to industrial action, despite members of the Maritime Union of Australia nominating a maintenance crew that would not take part in planned strike action and instead undertake the work.

MUA Sydney Branch Secretary Paul McAleer said the dramatic slipping of wire ropes on the crane could easily have resulted in a catastrophic accident.

“These massive cranes carry huge loads, so any failure can have catastrophic consequences,” Mr McAleer said.

“Thankfully, no one was injured when these new ropes slipped, but the fact remains that the company’s insistence on outsourcing this work to a contractor that had never previously worked on these cranes resulted in a highly dangerous and very costly failure.
“DP World are trying to claim this work was only outsourced because of ongoing industrial action, but the fact is that union members made a commitment before the Fair Work Commission, 48 hours before strike action was due to begin, that a maintenance crew was available to carry out the wire rope replacement.

“DP World management rejected this offer, insisting on flying contractors from Melbourne who had never worked on these cranes before to carry out the work.

“While another recent rope change took local workers less than 12 hours, DP World have now been operating without a crane for nearly two weeks because of their insistence to outsource this work.

“Management’s provocation has bitten them on the arse, and the use of inexperienced contractors who undertook the work in a way that was known to be substandard resulting in a costly failure.”

MUA Assistant National Secretary Warren Smith said the incident highlighted the concerns of workers who have been campaigning against outsourcing and automation of jobs at the Dubai-based stevedore’s container terminals in Sydney, Melbourne, Brisbane and Fremantle.
“One of the major issues behind recent industrial action at DP World’s terminals has been a desire by workers to have greater protection against their work being outsourced to the cheapest bidder,” Mr Smith said.

“This incident, which put the health and safety of workers at risk, highlights exactly why workers fear moves by DP World to contract out work, which will result in corners being cut as the drive to save a dollar is put ahead of safety and all other considerations.

“DP World’s own workers — the people who know these cranes inside and out — were available to do this work, yet the company put greed and an ideological desire to outsource ahead of achieving the best outcome.

“Workers have made clear that, had the local maintenance team carried out the rope change, the crane would have been safely in operation by June 13. Instead, more than 10 days on, it is still out of action while the safety issues are rectified.

“This is why the MUA says outsourcing doesn’t work: it creates safety issues and dangers on the job that are to be expected when cost cutting and industrial motivations are put before workers lives and the quality of the job.”