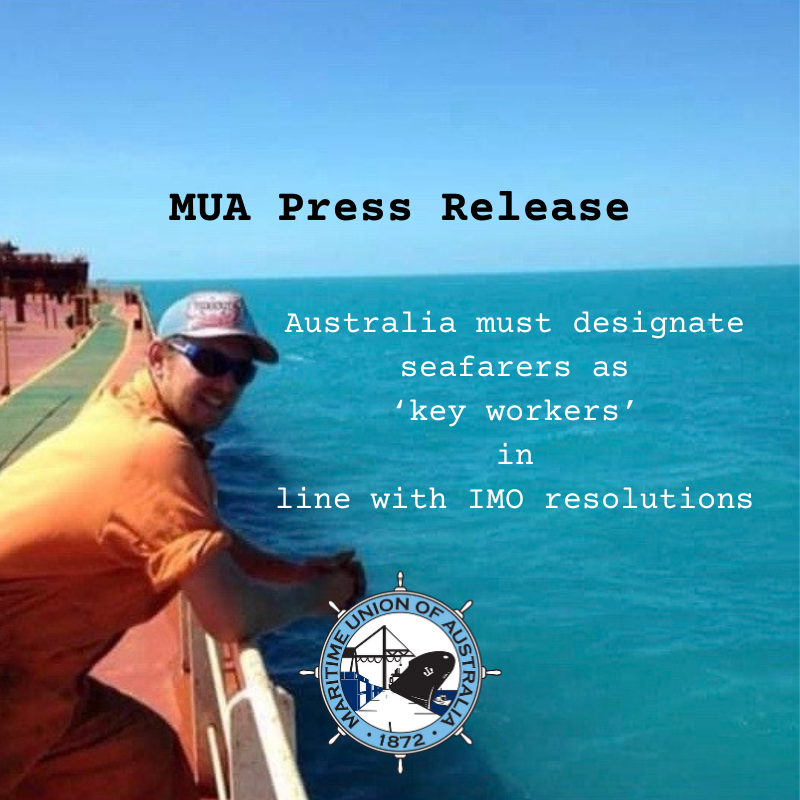 In December 2020, the International Maritime Organisation (IMO) passed several resolutions specifically addressing the need for seafarers, and other marine personnel, to be designated as key workers.

Australia is a notable omission from the cohort of 45 IMO member states who have already determined seafarers to be key workers.

International Transport Workers Federation President and Maritime Union of Australia National Secretary Paddy Crumlin said: “Australia must act immediately to align itself with international efforts, led by organisations like the IMO and ITF, to designate seafarers as key workers providing an essential service, and facilitate the safe and unhindered movement of seafarers for embarking and disembarking a vessel, accessing shore leave, and when necessary, access to shore-based medical treatment.

“While the COVID-19 pandemic continues to wreak havoc on the health of people and communities across the world, the outlook for seafarers becomes increasingly more desperate by the day.

“The despair of this crisis cannot be understated. Over 400,000 seafarers internationally are held captive on their ships, and an equal number are prevented from travelling to relieve these desperate workers due to the global and national inconsistencies in travel restrictions.

“Australian seafarers are effectively locked out of jurisdictions where they are engaged in transport operations domestically, and the interconnection of global and national trade.

“It is vital that attention be paid to Australia’s reliance on essential workers in the maritime transport chain to maintain the continuous supply of essential goods that Australian communities rely on and that the Morrison Government act immediately to address the failed policy settings which continue to exacerbate this crisis for Australian and international seafarers.”