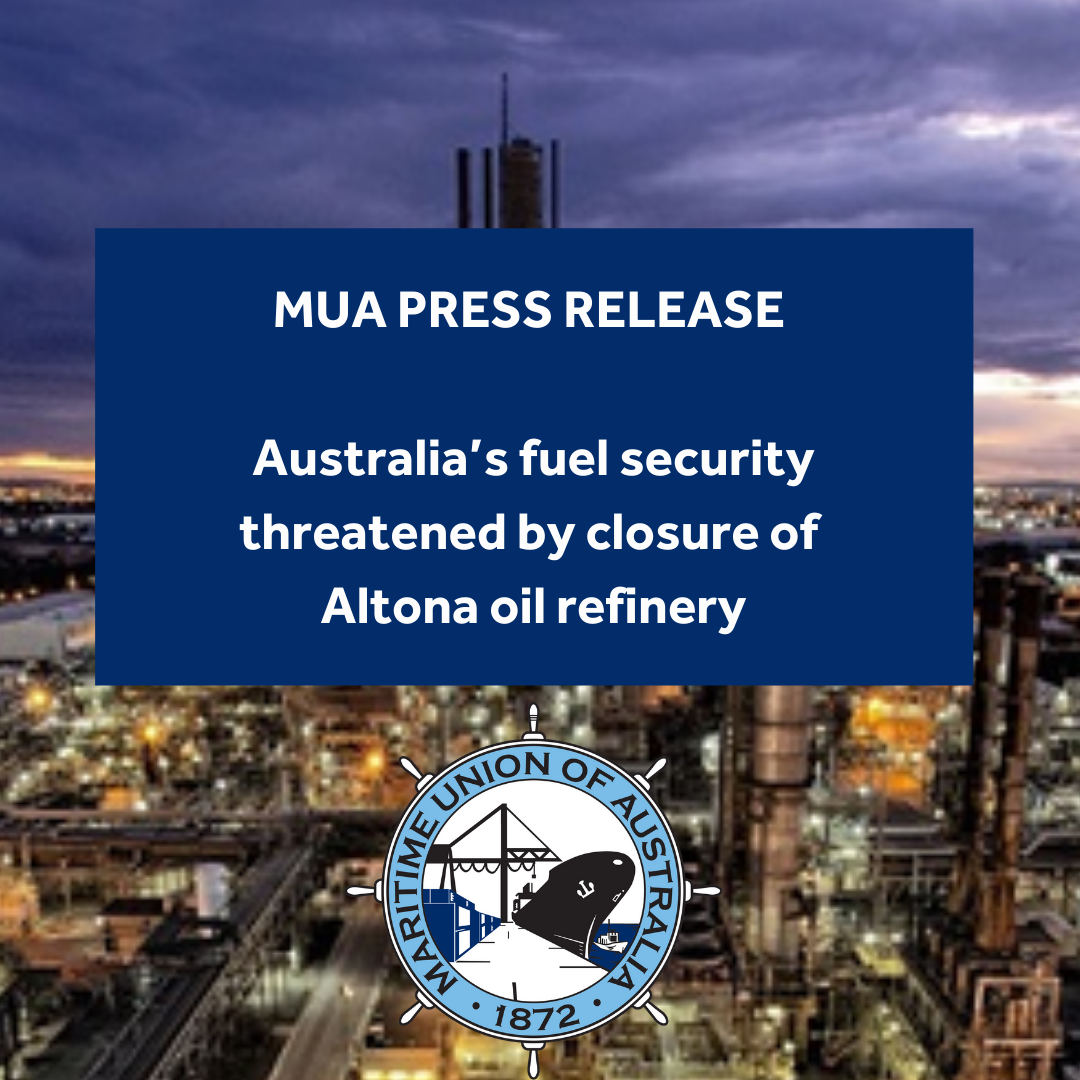 Australia faces a growing fuel security crisis following ExxonMobil’s announcement that it plans to close the Altona oil refinery in Melbourne, with a loss of 350 jobs, further increasing the nation’s reliance on imported fuel to keep the economy moving.

The Maritime Union of Australia said the news highlighted the failure of the Morrison Government’s $2.5 billion fuel security package — announced last September — with the Viva Energy plant in Geelong the only refinery to sign up.

The union warned that the replacement of domestic fuel production with a growing reliance on fuel refined overseas and transported to Australia on foreign owned and operated tankers was making the nation increasingly vulnerable to any international crisis that impacts maritime trade.

“It is clear the Morrison Government’s fuel security plans have failed, with half of Australia’s remaining oil refineries announcing their closure in the last five months,” Mr Newlyn said.

“Even before these refineries close, more than 90 per cent of Australia’s refined fuels are coming from overseas, leaving the nation seriously exposed to any crisis that impacts on maritime supply chains.

“We need urgent action from the Federal Government, with options including the purchase of these refineries — allowing this critical infrastructure to continue to operate under public ownership — along with a massive increase in domestic fuel reserves and the development of a strategic shipping fleet.

“The Federal Government should insist that if the Altona refinery closes, ExxonMobil must create a fleet of Australian-registered tankers to carry fuel to Australia and transport it around the coast.

“If ExxonMobil committed to use just 10 Australian ships to import and distribute fuel, it would create 340 seafaring jobs.”

“The COVID crisis exposed the vulnerability of Australia’s supply chains,” he said.

“If a pandemic, military conflict, natural disasters, or an economic shock cuts the flow of fuel to Australia, the situation would be catastrophic, with every part of the nation grinding to a halt.

“The Morrison Government keeps tinkering at the edges, rather than taking decisive action to address fuel security.

“What is required is an urgent, massive increase to fuel storage capacity in Australia — in line with the IEA’s fuel stockholding obligation — along with the development of a strategic shipping fleet of Australian tankers that can continue bringing fuel to the country in a crisis.