ALP National Conference At A Glance 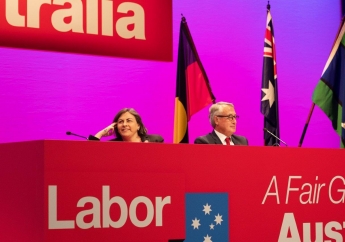 The MUA and other divisions of the CFMMEU sent a sizeable delegation to this year’s ALP National Conference in Adelaide as the party prepares itself for a likely stint in Government for the first time at federal level since 2013.

On the morning of day one, Federal Labor leader Bill Shorten addressed the conference, setting the scene for a federal election fought on the issue of inequality. He also vowed to restore penalty rates, close the gender pay gap, build 250,000 new affordable homes, build batteries for energy storage in Australia, and put an end to sham contracting.

Deputy Leader Tanya Plibersek told the conference that the ALP’s business as a party was to fight for the millions of Australians whose lives are better under Labor.

The scourge of multinational tax avoidance was discussed. The issue was first put on the national agenda as part of the MUA/ITF’s long-running Chevron campaign. The conference determined that we must take a stand against multinationals and individuals who exploit loopholes in our systems to avoid contributing to the collective bottom line.

MUA National Secretary Paddy Crumlin spoke on superannuation, with Labor now committed to make it easier for workers to recover billions of dollars in stolen superannuation by adding it to the national employment standards, a move that would give it the same protections as any other workplace right. 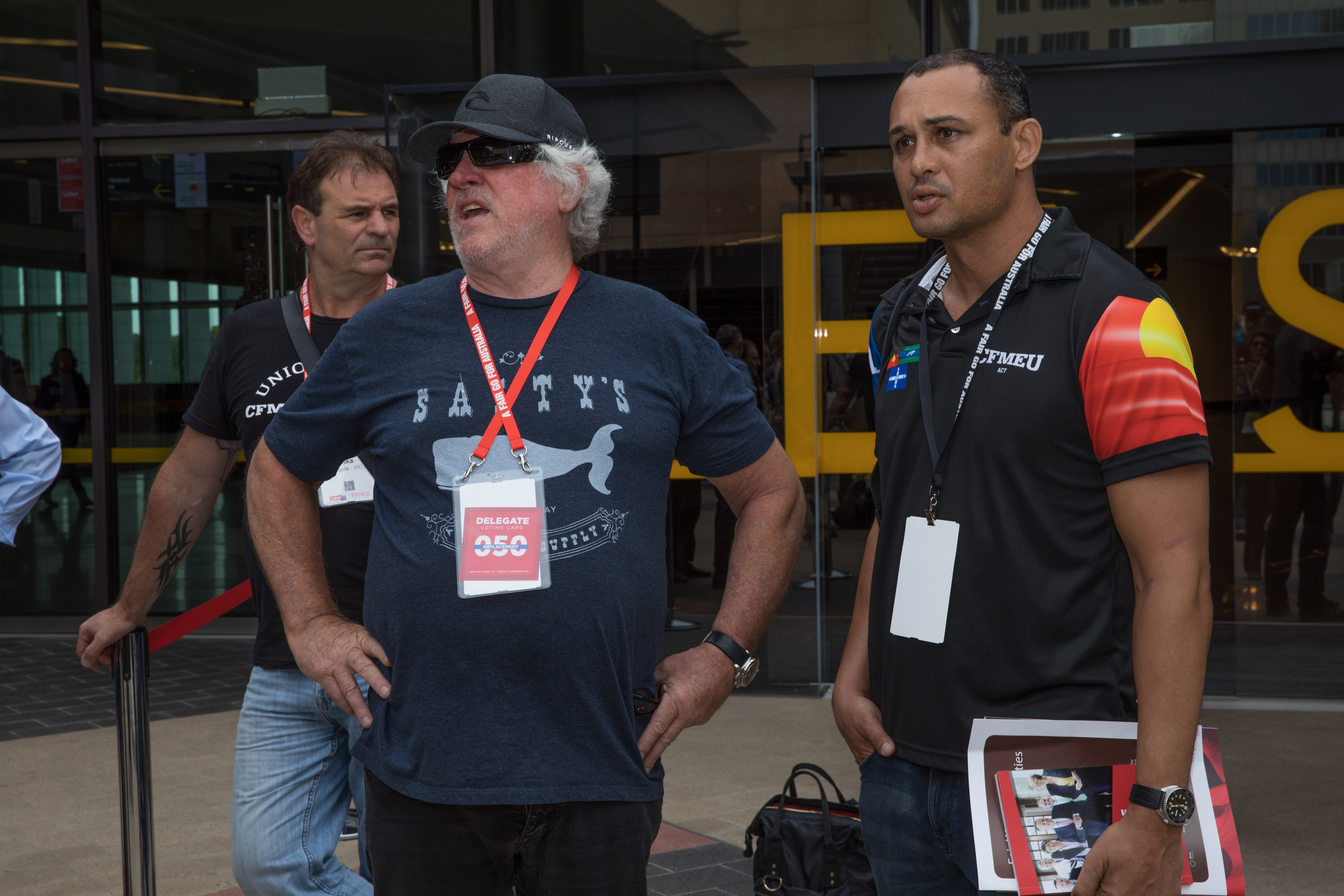 The concept of a just transition was discussed. Under a Labor government, every worker from a coal-fired power station that closes down will get a first shot at a new job.

Day two of Conference opened with the launch of a Reconciliation Action Plan. After ongoing lobbying by MUA NT Branch Secretary Thomas Mayor, Labor reaffirmed its commitment to an Indigenous voice, treaty and truth-telling. Labor also pledged during the conference to get rid of the controversial work-for-the-dole program introduced by former Prime Minister Tony Abbott known as the Community Development Program (CDP).

The party laid out its vision for a world-class education system. Key to this was the recommitment from Conference to give every Australian child two years of early education and preschool. This goes hand in hand with the Day One announcement that Labor will pay early childhood educators fairly.

The social justice chapter saw the conference endorse a suite of reforms for refugee and asylum seeker policy:

An amendment was also passed to review the rate of Newstart. Australia’s poorest are being further crushed by an inadequate welfare system.

The health chapter saw Labor for Choice pass a motion on the floor supporting efforts to decriminalise abortion across Australia, and acknowledging that legal, safe affordable and accessible abortion is fundamental to equality.

ACTU Secretary Sally McManus presented the Change The Rules campaign and introduced a sweeping set of platform changes including:

Labor pledged to address the gender pay gap while Vice President Mich-Elle Myers underscored the importance of stamping out deadly industrial diseases and protecting workers at work, at home, and into their retirement. 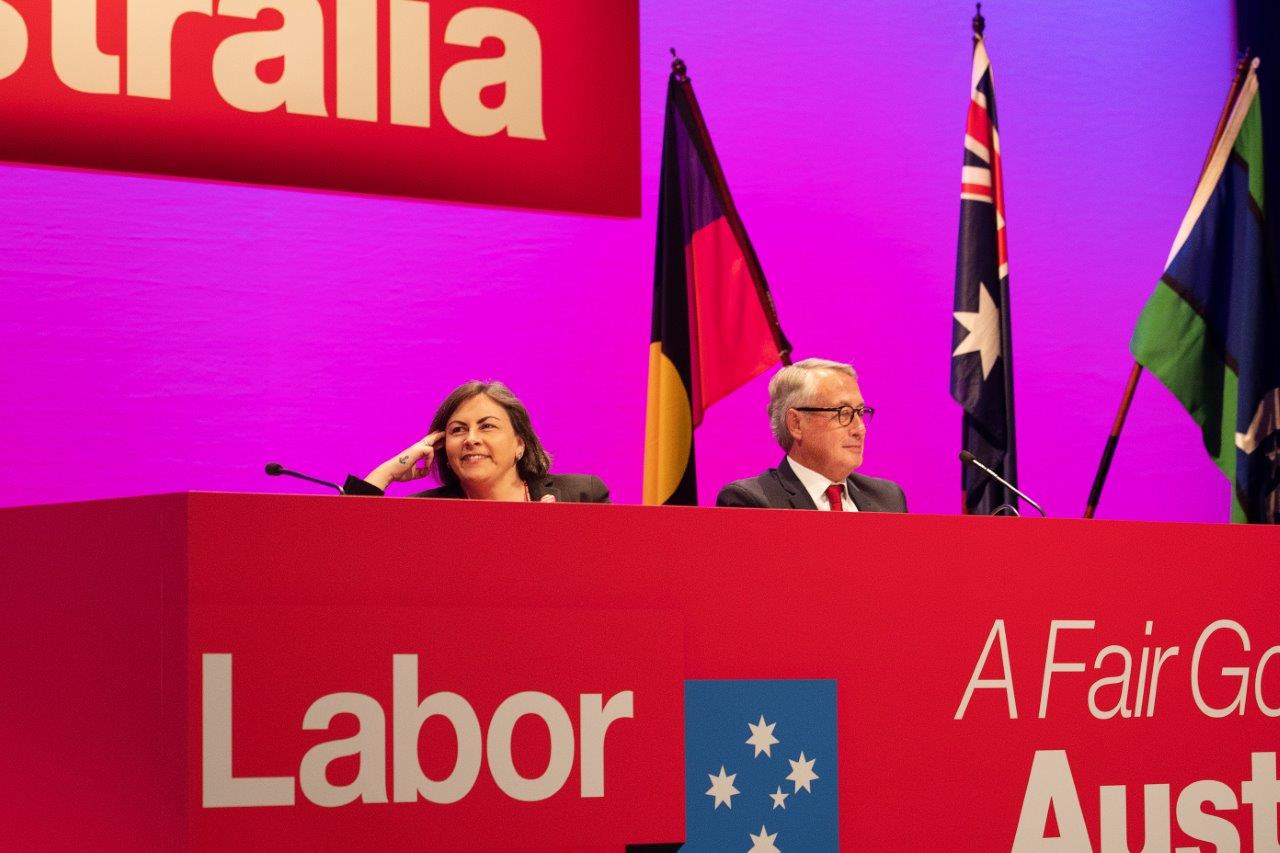 WA Branch Secretary Christy Cain spoke on a resolution calling for industrial manslaughter laws to be enacted in all states and territories within the first year of a Shorten Labor government.

The Transport Workers Union has revived its Safe Rates campaign, with the rules having been put in place under Labor but taken away by the Coalition Government.

The erosion of public sector work and conditions was discussed. Public sector workers and their families deserve dignity and respect - but this government has only attacked them.

A motion was passed that a Labor government would increase aid every year it is in office - starting with our first budget. For too long, the Liberals have stripped the aid budget and told us that we have to choose between helping people in Australia, and helping people abroad. We know we can do both.

Anthony Albanese moved a motion to commit Labor to sign and ratify the Treaty on the Prohibition of Nuclear Weapons. It’s so important for Australia to show leadership on disarmament.

A motion was also moved to review parliamentary war powers. In this increasingly unstable world, our decisions to go to war should not rely on just one or two people.